The road to the Winter Olympics in Pyeongchang is riddled with trials and tribulations, and though many undertake the challenge, few will end up on the podium in the end. Here are 10 brave, dedicated APA athletes dreaming of Olympic gold come February:

17-year-old halfpipe snowboarder Chloe Kim is a three-time X Games gold medalist and two-time World Snowboard Tour halfpipe season champion. In 2016, she became the first female to land back-to-back 1080s in a halfpipe contest at the Park City Grand Prix. She was too young to compete at the Sochi games in 2014, but Pyeongchang may prove to be a breakout coming-of-age.

Chen stunned the figure skating world at the Grand Prix Rostelecom Cup in Moscow this year by taking first place, skating past silver to take the prize from Sochi gold medalist, Yuzuru Hanyu. A Salt Lake City native, Chen is a four-time U.S. National Champion at the Novice and Junior levels and is the reigning Four Continents Champion.

“Nothing in life is worthwhile unless you take risks. Fall forward. Every failed experiment is one step closer to success.” – Denzel Washington ✨

Karen Chen (no relation to Nathan Chen) began skating at the age of five. Now 17, the Taiwanese American teen is a U.S. Championships bronze medalist, was the national champion at the 2017 U.S. Figure Skating Championships and has even published a book about her ice skating journey entitled “Finding the Edge: Life on the Ice.”

Mirai Nagasu’s parents wanted her to be a professional golfer, but when a rainy day prevented them from going to the course, they went to an ice rink instead. Nagasu fell in love and has been skating ever since. Now 24, she is a three-time Four Continents medalist, a six-time U.S. National medalist, a 2010 Winter Olympian and the became the second American woman to land a triple axel at the 2017 International Figure Skating Classic.

Alex Shibutani started skating when he was seven years old, and he has collected a medal at the U.S. Championships for 13 consecutive years. Together with his sister, Maia, he competed with Team USA at the 2014 Winter Olympics in Sochi.

Together with her brother Alex, Maia Shibutani secured a gold medal at the 2017 Grand Prix Rostelecom Cup in Moscow in the ice dance event. At the 2017 U.S. Championships in Kansas, the siblings’ short dance routine earned 82.42 points, soundly breaking the record previously held by Olympians Meryl Davis and Charlie White.

Goodbye Taipei, I had the most amazing time I’ve ever had at any competition and I hope to return one day! #worldjfigure ❤

Palo Alto teenager Vincent Zhou took the title at the junior World Championships in Taiwan this past March and went on to make his senior Grand Prix debut at the Cup of China last week, finishing fourth overall. Just 17 years old, the young skater is already nipping at the heels of his senior skating idols.

What an amazing week here in Beijing!! Proud to bring home the silver Next stop ➡️ France . . . #repost

Along with her ice dance partner, Evan Bates, Chock has two U.S. National silver medals, a gold medal from the Prudential U.S. Figure Skating Championships and has already repped Team USA at the 2014 Winter Games in Sochi. Now, the Chinese-Hawaiian skater is eyeing Pyeongchang in 2018.

Sheesh, can’t believe how legit this came out. Mad props to @timtadder, @mikecampau and @corepower for this one.

Short track speed skater J. R. Celski is a three-time Olympic medalist and has not one, but two world records at the International Skating Union (ISU) 500 meter senior level and the 1000 meter junior level. He represented the USA at the 2010 and 2014 Winter Games.

Still in complete shock that this happened last night. I’m beyond happy to put down a trick I’ve been dreaming of for a long time. And to spontaneously make it happen at one of my favorite events was just icing on the cake. I want to thank my family, friends, sponsors, and everyone who supports me. Without you guys I wouldn’t be here doing what I love! Big props to all the girls competing tonight. You all inspire me! Huge congratulations to @annagassersnow and my good friend @_juliamarino on their first X Games medals!! Photo: @dashanosova

Hailey Langland hails from Irvine, California, and will be representing the United States at Pyeongchang in the big air, halfpipe and slopestyle snowboarding events. Langland burst onto snowboarding in 2015, when she outpaced international snowboarding Olympians at the U.S. Grand Prix in Mammoth Mountain, California. She also won bronze at the 2016 Aspen X Games and placed seventh in slopestyle in the 2016 FIS World Cup Standings. 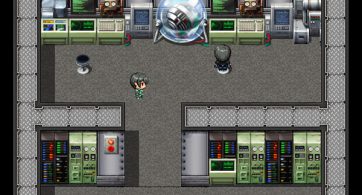 Japanese Breakfast puts her sonically meditative touch on the 1965 folk rock classic “California Dreamin’” by The Mamas and The Papas — and we are loving it. Last summer, […]