Southern California was filled with comic book heroes, anime and video game characters this past weekend. Don’t worry, there wasn’t a tear in the universe that allowed an alternate reality to enter into ours — it was WonderCon Anaheim 2017 inside Anaheim Convention Center, a comic fanatic’s dreamland of comics, toys, artworks and other collectibles.

However, the show within the show are the cosplayers.

Here are 10 cosplays that totally blew our minds:

No comic convention is complete without your friendly neighborhood Spider-Man. Spider-Men (and women) of all variations could be spotted everywhere at WonderCon, especially with “Spider-Man: Homecoming” coming up this summer.

X-Men has been in comic books since the early ’60s and have expanded to TV, toys, spin-offs and movies. Just about any era of X-Men was well represented, from original variants like Cyclops to updated movie versions, like Psylocke.

Spandex isn’t the only costume style you can find at WonderCon — some get hardcore with full armor. It’s also great seeing people get creative with their own versions of popular comic book heroes. Compare the battle-worn Iron Man on the left with a Samurai Iron Man on the right, who’s complete with an arch reactor-powered katana.

Fun for the whole family, “Star Wars” has been a sci-fi staple for every generation, with adults and kids dressing up as their favorite characters from the original trilogy and the new movies like “The Force Awakens”, “Rogue One” and the upcoming “Last Jedi.”

The ’90s are back, and they are mighty morphin! The recent reboot of “Mighty Morphin Power Rangers” has brought a sense of nostalgia just in time for WonderCon. There have been 24 seasons of the action TV series, so there are many versions of Rangers to choose from.

You can’t be in Anaheim, California, without finding some Disney. WonderCon is no exception. Whether it’s inspiration from a full-feature animated movie or an animated short, a little bit of that Disney magic turned these cosplayers into the entertainment giant’s most recent princess Moana and the volcano from “Lava” (from the short before “Inside Out”).

Speaking of Disney magic, the Cinema Makeup School was transforming cosplayers all weekend into various characters. This cosplay of the Evil Queen from “Snow White” was scary realistic, literally.

“Beauty and the Beast” is Disney’s most recent classic-turned-live-action, making it a popular choice amongst cosplayers. This one, however, had a very unusual mash-up in mind, combining the beautiful Belle with the scary Pinhead from the “Hellraiser” horror series of the late ’80s. You know what they say: Beauty is in the eye of the beholder.

The details on this “Predator” costume are remarkable. This is just one example of the talent of the cosplayers here.

“Overwatch” is one of the most popular video games of this generation, and this is proof that no character is too big of a task to create an amazing cosplay. The Reinhardt (Stonehardt variant) on the right, in particular, won $15,000 at the Masquerade contest in 2015.

Which cosplay was your favorite, and were there others you saw that were even better? Let us know in the comments below! 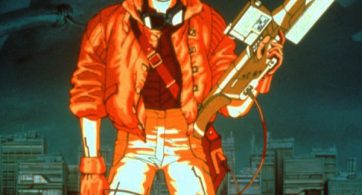 The latest rumor for the “Akira” live-action film is in: Warner Bros. is “aggressively” courting Jordan Peele to direct. Peele, who just made history with his directorial debut “Get […]