The DREAM Act won an endorsement from U.S. Homeland Security Secretary Janet Napolitano today. She said such a law—which, if passed, would give certain undocumented students a chance to become legal U.S. residents—would help her department focus instead on deporting immigrants with criminal records.

The bill applies to immigrants who arrived in the U.S. before age 16, have been here at least five years and have a U.S. high school diploma or the equivalent. It would allow them become to legalize their status after they’ve spent two years in college or in the military.

Congressman Mike Honda (D-Calif.) noted that one in 10 DREAM Act beneficiaries would be Asian American and Pacific Islander, a disproportionately large number given that Asians and Pacific Islanders make up about 5 percent of the nation’s population.

The Senate failed to pass the DREAM Act this past September. Lawmakers like Honda are urging Congress to vote on it again before the year ends.

“The DREAM Act would provide the opportunity to 65,000 undocumented high school graduates to make contributions to our country and economy,” he said. “The legislation would make a small investment in our children; however, the gains for the country are far greater and far too inviting to ignore.” 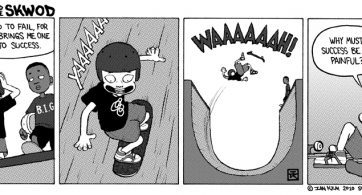