We all love movies and television shows, but documentaries remind us that the real world is as full of suspense and thrill as the world on our screens. Here are 4 documentaries about Asian and Asian American real-world struggles:

Steve James serves up a classic tale of the triumphant underdog in this PBS documentary about the family-run Abacus Federal Savings Bank, the 2351st largest bank in the country and the only one to face criminal charges after the 2008 financial crisis. The film follows the Sung family’s legal battle as they fight to save their business and their reputation from those who saw them as an easy target. The documentary is slated to premiere on PBS on Sept. 12.

This Netflix original documentary series follows the brilliant, ambitious young ladies of Shanti Bhavan, a school in India that is doing everything it can to empower and educate young women. The series follows the girls from their first arrival at the school to their struggles through college and beyond.

Four Asian American rappers spill their truth in this documentary about what it takes for Asian rappers to make it in the American hip-hop scene. Starring Awkwafina, Dumbfoundead, Lyricks and Rekstizzy, “Bad Rap” gives the four a chance to reflect on their journeys as artists and talk about what they want for Asians in the music scene. “Bad Rap” is now streaming on Netflix.


Rabbit in the Moon (PBS)

Emiko Omori’s PBS documentary “Rabbit in the Moon” features Japanese Americans who were forced to relocate their families into internment camps in the wake of the Pearl Harbor attacks in 1941. Their stories are told along with propaganda footage from inside the camps and family pictures. This classic PBS doc has lessons that ought to strike accord with many Americans today. The doc is scheduled to come off PBS’ streaming site in January, so watch it while you can! 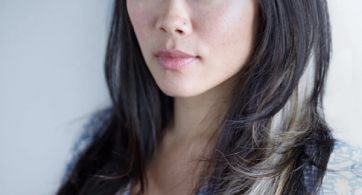 Grace Lynn Kung has joined the coming HBO film adaptation of Ray Bradbury’s “Fahrenheit 451” in a supporting role, according to Deadline. The Canadian actress will play Chairman Mao, […]