While we were enjoying our three-day Memorial weekend in the States, the Cannes International Film Festival in France came to a conclusion as they announced the Cannes’ awardees.  With a month of prestigious movie premieres and a star-studded exclusive guest list that would make the night sky envious, it was an exciting event not only for the film makers but for all the red carpet watchers around the world.

Amongst the glamorous sea of guests, one star surely delivered red carpet elegance this year and proves she never fails to floor us with her looks. If you haven’t caught on, we’re talking about Fan Bingbing! We have grown to be huge “fans” (pardon the pun) and here’s 6 reasons that will have you anticipate Fan Bingbing’s next grand entrance. 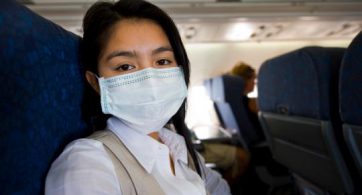 Now, I’m not exactly a germaphobe, but I do get quite disgusted when I see people in public that sneeze without covering their mouth or leave the restroom […]