Last week, the International Olympic Committee announced its selection to have Beijing host the 2022 Winter Olympics over the competing Almaty, Kazakhstan. The votes came down to a neck to neck win, with Beijing receiving 44 votes to Alamty’s 40. The 2022 events will be spread across three clusters over 100 miles in Beijing, using the Bird’s Nest stadium for Opening and Closing Ceremonies, as it did seven years ago at the 2008 Summer Olympics. The Water Cube will become the Ice Cube and the city is looking into upgrading to a high-speed train system that will take riders from venue to venue in as little as 20 minutes and as much as 50 minutes.

Beijing’s win for the 2022 Winter Olympics bid puts China as the third East Asian country to host the Olympics consecutively. The upcoming 2018 Winter Olympics will be held in Pyeongchang, South Korea and the 2020 Summer Olympics in Tokyo. This will put a big spotlight on Asia as three of its most influential countries prepare for the world stage and showcase its tourism and personality. Let’s hope this will also provide an opportunity for Asian stereotypes to be broken and culture to be celebrated.

In anticipation for the games, here are some fun facts about Asia and its Olympic history:

Pyeongchang 2018 will be the first winter Olympics in world history to be held in mainland Asia.

Japan has hosted two winter Olympics. The first was the 1972 Winter Games in Sapporo and the second was in 1998 in Nagano.

Beijing will be the largest city to host the Winter Olympics.

Beijing is also the first city to host both the Summer and Winter Games.

Almaty would have brought the Olympic games to Central Asia for the first time. 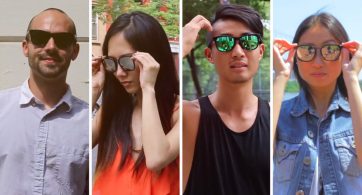