When Mark Redito, an electro-pop producer from the Philippines, set out to release his debut album in 2013, the electronic dance music scene in the United States was still a relatively new phenomenon. Zedd and Martin Garrix were just getting their first taste of radio airplay. Only a handful of established record producers, like David Guetta and Calvin Harris, had found Top 40 success through collaborating with pop acts. And of course, there were no Asian Americans to be found on the charts, with the exception of the anomalous Steve Aoki. The DJ had made a name for himself producing tracks that feature a range of heavy-hitting artists from various corners of music.

But while Asian Americans continue to be largely shut out of the mainstream music industry, dismissed and told they’re “too hard to market,” a slew of young Asian producers have emerged and staked their claim in EDM, now a whopping $7.3 billion industry. It is perhaps music’s most accessible genre today. The internet — social media and music sharing websites like SoundCloud, in particular — has allowed artists like Manila Killa, Hotel Garuda, Jai Wolf, TOKiMONSTA, Yaeji, Qrion and Giraffage to gain sizable online followings, score managers, sell out massive venues and even land record deals.

Redito, who spent his teenage years playing in hardcore bands, compared the rise of Asian American producers in EDM to the anti-establishment punk music scene that formed in the 1970s. “It’s very punk. It’s like, ‘We don’t see a lot of people who look like us,’ or ‘this music is not accepted, so we’re going to make our own scene,’” the Los Angeles-based artist told KORE. In 2013, he discovered he wasn’t the only Asian trying to forge a career in the overwhelmingly white- and male-dominated genre. There were others, “introverted but also very creative” people, who populated and streamed their music on obscure internet chat rooms for others to enjoy. “There wasn’t a lot of focus on performing our songs live but [rather on] internet shows,” Redito said. “That’s where groundbreaking, innovative electronic music was being played.”

That DIY spirit consistent among aspiring electronic artists, combined with the internet’s ability to propel anonymous talent into the limelight, Redito explained, are what led many to mainstream recognition. Nowadays, “anyone with music interests, with production software, with good social media presence or pizzazz can actually have a shot at building an audience and sharing their voice,” he said. That is how Antonio Cuna, an artist from the suburbs of Virginia, rose as Sweater Beats in 2012.

Like Redito, Cuna played in a band with his friends in high school, covering Blink-182 songs in the garage of his home. But after all his bandmates went off to college, he began experimenting with “shitty recording software” on an old PC and taught himself to make music through YouTube tutorials. Eventually, he uploaded his beats to SoundCloud. One of his tracks, which sampled a Whitney Houston song, caught the attention of his current manager. “I think I came around at a pretty good time,” Cuna said. By then, SoundCloud had just redesigned its website and was attracting more and more listeners. (In July 2013, it would count 200 million unique visitors from around the world.) At the same time, artists had begun toying with sounds never heard before. “Like, that whole future bass thing was bubbling, and I was one of the few people who were experimenting with that sound,” he said, in reference to a subgenre of EDM popularized by producers like Flume and Marshmello. (He explains it as “hip-hop-inspired beats with, like, sexy R&B chords and R&B a capellas.”) “[My manager] had the foresight of seeing that this genre was bubbling.” Cuna has since opened for Chance the Rapper and collaborated with Top 40 acts like Icona Pop and Hayley Kiyoko.

Cuna—who fondly refers to Redito as his “kuya” (Tagalog for “big brother”) — agreed that EDM is the modern-day equivalent of punk. “Instead of moshing, we’re just rubbing up against each other, jumping up and down,” he said. “It’s like a counterculture thing. … I know it’s getting bigger and more mainstream, but I think being an Asian, at least in my experience, I’ve always been into something that’s opposite of what everyone else is doing.” Cuna initially faced skepticism from his parents, who’d immigrated from the Philippines and encouraged him to find a “real job” with more security. “I thought I was going to have a desk job and make websites, which is what I went to college for,” he said. But his parents’ concerns ultimately didn’t stop him from pursuing the lifestyle of making music and touring.

Another artist, 26-year-old Shawn Nguyen, who performs under the alias Sarisuk, spent years casually playing music for his friends and DJing parties in Orange County. Today, he runs a record label called the feels, manages a slew of young Asian American artists, and showcases them in and around Los Angeles at events he organizes and promotes via Instagram. Nguyen acknowledges the prevailing shortage of Asian Americans in music as a whole, but feels confident that things will change within the decade. “There aren’t a lot of Asian Americans, but … I feel like our numbers are growing right now,” he said.

Nguyen attributes his optimism to the ever-growing popularity of EDM among college students, who also happen to be avid consumers and users of social media. While rave culture was considered niche and underground in the early 1990s and 2000s, it is now heavily marketed toward young adults.

There’s certainly an appetite for EDM among Asian Americans, particularly those in Southern California, where music festivals, concerts, and pop-up shows frequently take place. “Here in L.A., there’s hundreds of venues, and there are shows going on every night,” said Florence Yu, who works in the events development at Insomniac Events (the company behind Electric Daisy Carnival and HARD). She believes accessibility has played a vital role. Local collectives, similar to Nguyen’s the feels, regularly put on shows — sometimes for free or for very little. “I’ve been to some shows where it’s just $5 dollars a ticket to go, and people just go in for the music.”

And now some of those EDM listeners are taking their passion for the music further by trying their own hand at producing and DJing. Jenelle Lee, a 19-year-old student at UC Irvine who helps Nguyen put on shows for the feels, recently began DJing under the name “nelle.” She has performed at events like Brownies and Lemonade and Splash House, a multi-venue festival that takes place in Palm Springs every summer. For Lee, the rise of Asian American producers has been encouraging. “It’s really those pioneers — the ones you can count on one hand — they’re really the ones who make it a lot easier for us,” she said.

As for why Asian Americans in EDM have found more success than those who’ve tried to make it in more image-based genres like pop or hip-hop, Shogun, a trance producer, offered his theory: “To be a mainstream artist, to be a pop star, you can’t just have talent. You need to have a whole marketing team, a whole company supporting you. You have to be a product basically,” said the artist, born Andrew Chen. “Let’s say it’s a girl, an Asian girl trying to make it as a pop singer here in America. It’s like, ‘OK, well she has good music, but let’s see if she’s marketable.’”

In his opinion, producers are at an advantage because they don’t have to worry about their image nearly as much. It’s their output that matters more than anything. “When someone hears a really good song, I don’t think it matters what they look like, how they act or what type of person they are,” Chen said. “For me, I could hype up music videos and put myself in them. That’s easy. But am I really passionate about that? … I’d rather focus on the art and music that people love.”

Like Chen, Cuna also acknowledged that pop stars are tied to a “formula,” a brand that has been carefully curated and monitored by a record label’s marketing team. Electronic producers, on the other hand, have more wiggle room.

“Being a producer, you want to be more on the left side of the spectrum and just be weird and creative and different,” he said. “I think being different is a big part of making it as a producer because that’s why they listen to you. Your whole brand is different because you’re Asian.” 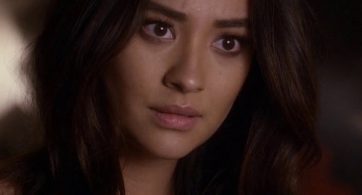 Shay Mitchell tackles a new role in Lifetime’s upcoming psychological thriller “You.” The 10-episode first season premieres Sept. 9 and has already been renewed for a second season, according […]