Taiwanese singer-songwriter Jay Chou, known for his poignant lyrics and signature fluid voice, got married last week. Based on the pictures, the wedding was nothing short of a fairytale. And with a skilled lyricist like Chou as the groom, you can only imagine what the vows must have been like.

The romantic occasion took place in Yorkshire, England and despite speculation (there were gorgeous engagement photos thanks to celebrity wedding planner Sarah Haywood), details of the wedding managed to stay a secret until Chou released photos on Facebook.

In the past, Chou said he would get married by the age of 35. He lived up to the promise, but he definitely cut it close. Chou was married January 17th, the day before his 36th birthday.

Chou married the beautiful Hannah Quinlivan, a 21-year-old Australian Taiwanese model who he had met four years ago. Only family members and close friends were invited, and even they arrived in England without knowing where the ceremony would specifically be held. In fact, the exact date was ambiguous as well. Since then, however, Chou has posted photos of the dreamlike event on Facebook.

Held in Selby Abbey, the wedding has been hailed the wedding of the century by many in Taiwan. Just look at the bride’s gorgeous gown and you’ll see that the statement definitely holds some ground. To imagine Chou’s start as a struggling musician to the Asian music icon he is today, paired with the fresh-faced bride, the fairytale feeling really is a fairytale in its own way.

Here is a clip of the ceremony:

Prior to the wedding, a European-style photo shoot was posted on his Facebook. The engagement photos show the two in Paris, Germany’s Neuschwanstein Castle and Prague.

The two have announced that they want to have a baby for the Chinese Year of the Sheep (2015), and Chou is set to film a movie in England, but will fly back to Taiwan in March for a wedding banquet.

In all of this grandeur, we can’t help but think of Jay Chou’s 2007 song “I’m Not Worthy,” with a music video navigating the complications of being famous with a love life.

Turns out, a happy ending is possible, and that some leaps are worth taking. 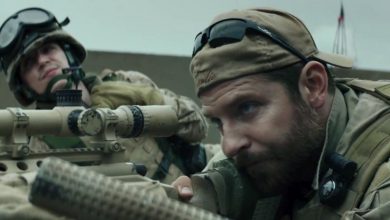 American Sniper is currently the #1 movie in America and managed to make an impressive 89 million on MLK weekend. Despite the box office success, American Sniper received a huge amount […]