The beauty of Thanksgiving lies in the different forms it takes in each household. We may associate the holiday with turkey “and all the trimmings,” but no two spreads will exactly resemble the other, particularly when your family has roots in another culture. On Thanksgiving Eve, we’ve compiled some links – some recent, others a throwback – that demonstrate how both Korean and American flavors can intermingle to bring out the best of both worlds.

However you celebrate Thanksgiving, we wish you a happy, healthy and full holiday.

“How to Have a Very Happy Changsgiving” -David Chang, GQ Magazine, Nov. 2014
David Chang, the Korean American chef and founder of the Momofuku restaurant group, isn’t a big fan of turkey, as he explains in this piece for GQ. It’s on “the tail end of the list of delicious birds,” he writes, except maybe for crisped-up turkey skin. As he gives the proverbial “flip of the bird” to this traditional holiday main course, Chang offers up his version of a memorable Thanksgiving dish: his mother’s braised short ribs, or galbijim. In his family, Chang explains, “Someone will make all the Korean dishes, and someone else will do the American food. It’s this sick spread of everything white people eat and everything Korean people eat for celebratory meals.” A mash-up we approve.

“Where Kimchi Meets Bacon: A Blended Thanksgiving Feast” -Yuri Kwon, NBCNews.com, Nov. 2014
Yuri Kwon, a Korean American who lives in Brooklyn with her husband, writes in this short essay how her extended family has grown into “a multi-ethnic frame.” On top of that, every Thanksgiving, mandu (dumplings), pajeon (green onion pancakes) and japchae (glass noodles with vegetables) share the table with more traditional American fare. “Pitchers of gravy sit next to bowls of kimchi. We do these things not because we read about them on blogs but because it’s natural to us – we need them,” Kwon writes. Here is her recipe for kimchi, bacon & wild mushroom stuffing, a unique take on a Thanksgiving staple.

“David Chang’s Roasted Brussels Sprouts with Asian Vinaigrette” O Magazine, Nov. 2011
Brussels sprouts don’t have to be the wilted, sad-looking side at your next Thanksgiving spread. Not when you have a recipe like this, one which kicks up the heat and spice level and infuses the crunchy, green vegetable with flavors such as fish sauce, lime juice, rice wine vinegar, cilantro and chilis. It’s a recipe also courtesy of chef David Chang, who wrote in this 2011 piece for Oprah Magazine, the dish became his “famous” contribution to family Thanksgiving potlucks.

“Wake Up Thanksgiving Mashed Potatoes With a Touch of Kimchi,” NPR, Nov. 2012
Chef and author Debbie Lee’s idea for “Kimchi smashed potatoes,” shared with NPR in 2012, came about as “an accident of the melding of flavors on your plate.” Her family’s Thanksgivings in Jackson, Miss., where she was raised, featured her mother’s Southern American food along with her grandmother’s kimchi. On her plate, Lee recalls, “the juice from the kimchi would end up going to the mashed potatoes, and I’d start stirring it.” Thus, a blessed union was born. In her recipe, Lee uses a combination of russet and sweet potatoes in addition to carrots and chicken broth to achieve perfect harmony.

“Eat Turkey, Become American,” Marie Myung-Ok Lee, New York Times, Nov. 26, 2014
For Korean American novelist and essayist Marie Myung-Ok Lee, Butterball turkey and canned cranberry sauce was a Thanksgiving ritual growing up in northern Minnesota. As “a bit predictable, even banal,” as the occasion seemed to her young self, Lee reflects in this piece for the New York Times, Thanksgiving carried particular significance for her immigrant parents—Koreans who lived through the Japanese occupation, came to the United States shortly before the end of the Korean War, and eventually became citizens. Her parents, Lee writes, “insisted that we were not Koreans or even Korean-Americans, but Americans.” Even with the opening of a nearby Korean grocery store with the wave of new immigrants in the mid-1960s, Lee writes, “At home, however, our Midwestern diets remained inviolate, on Thanksgiving in particular. Its rituals gave our family’s embryonic American life structure. It became my parents’ yearly recommitment ceremony to America.” 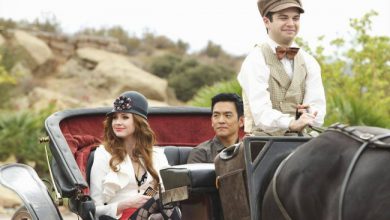