“I first discovered Angry Asian Man back in 2002, and it’s still one of the first and foremost resources I go to. As I kept reading, I never did have a mental image of the person behind it, oddly enough. I remember asking him what inspired him to come out from behind the anonymity of the blog and he responded, ‘It had to happen sooner or later.’ I got the impression he still wasn’t 100 percent comfortable with being so visible.”
—Nelson Wong, aarising.com

“Angry Asian Man was doing an amazing job to galvanize the base and articulate our community’s issues, and I created my blog to add a feminist counterpoint to the mix. As a comic geek myself, I think of Angry Asian Man as the ‘Superman of Asian American blogs’ because he’s inspired so many others to follow in his footsteps.”
—Jenn Fang, reappropriate.com

“The way [Phil] talks about addressing concerns about Asian American acceptance and battling racism is unique. Not only does he bring important stories to the forefront, he does so in a way that is never meant to incite hate, revenge or antipathy. His delicate use of humor to both mask his outrage and show the absurdity of race relations today is amazing.”
—Pierre Kim, metrodad.com

“One of the most powerful things about what Phil has accomplished is that he’s shown that a committed individual, making use of basic but far-reaching tools, can have a massive impact as advocate, activist and organizer. It’s a reminder that what it takes to create meaningful change aren’t just the tools—it’s the passion and energy of those who wield them.”
—Oliver Wang, o-dub.com

“I’m totally freaked out by the breadth of what [Phil] does, which always made me suspect that there was not a man but an Angry Asian Robot behind the abundance of posts. When I pictured the man behind the blog, if there was one, I imagined a young version of my Angry Asian Daddy: crazy smart, crazy intense, bespectacled and crazy disapproving. Then when I met Phil at a panel in 2008, I was like, ‘This dude isn’t angry, he’s my new favorite person!’
That feeling continues.”
—Jen Wang, disgrasian.com

“Phil somehow has the energy and discipline to single-handedly maintain one of the most important news sources of our community. If something is happening in Asian America, Phil knows about it. If he doesn’t, someone will make sure he does. He’s lost many hours of sleep because he knows that people depend on Angry Asian Man, and he approaches what he does as his contribution to the community. And that inspires me daily.”
—Jocelyn “Joz” Wang, 8asians.com 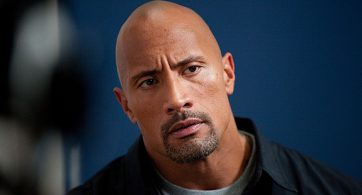 Update: The Winner is #22- Theresa! Please email us back with your mailing address. Hello, readers! Hope you had a great Halloween weekend – we have a great Monday […]