One Hollywood institution is taking calls for diversity into action: The Academy of Motion Picture Arts and Sciences, the organization behind the Academy Awards, has invited a record 928 individuals from 59 countries to join its ranks, 38 percent of them people of color and 49 percent female.

Marked shifts have been seen in the Academy’s overall membership since the #OscarsSoWhite controversy, with records broken yearly as the organization invites increasing numbers of more diverse faces.

As recently as 2011, the Academy extended just 178 invitations for membership. In 2016, following backlash from viewers after the Oscars saw no nominations of actors of color, as well as tasteless jokes made during the broadcast, invitations broke a record, with 638. Last year, it was 774.

People of color made up 8 percent of membership in 2015. That number has risen to 16 percent this year. Similarly, in 2015, women made up 25 percent of overall membership; this year, it’s at 31 percent.

The changes are a reflection of a diversity initiative taken on by the Academy in January 2016, which pledged to double the number of women and people of color in membership by 2020.

Members are nominated by each of the organization’s branches, and must be sponsored by two branch members. Invitees include those in acting, directing, documentary, cinematography, public relations, editing, design, hair and makeup, costumes, visual effects, animation, writing  and sound. 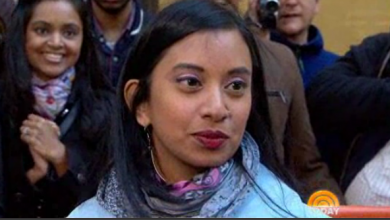