It can be difficult to discover great indie bands, so we’ve done it for you. Here are some all-female acts that have recently released fresh music:

The DIY project of San Francisco-based Melina Duterte, Jay Som’s sound is alluring and angsty. She recently released “Turn Into,” a collection of unfinished and finished songs – which, thanks to her talent, still plays like a studio release.

Michelle Zauner, the singer of the indie rock band Little Big League, left and returned home to her mother who was diagnosed with cancer. During this time, she revamped some of her older tracks under the name “Japanese Breakfast.” Her freshman album “Psychopomp” is raw and emotional – and dedicated to her mother.

Mitski Miyawaki’s music “reflects her cross-cultural identity as half-Japanese, half-American, but not fully either, and issues of belonging.” The 25-year-old Brooklyn rocker released her fourth album “Puberty 2” earlier in the year, to critical acclaim.

Steady Holiday is the project of the Los Angeles-based Dre Babinski. Her debut album “Under the Influence,” which was released in June, is dreamy and whimsical, the perfect listen in moments of self-reflection. 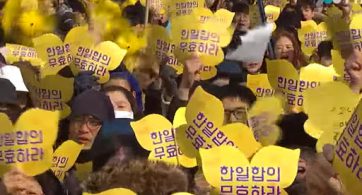