A romantic comedy film written by and starring Ali Wong and Randall Park is coming to Netflix.

Wong and Park play childhood friends who “find themselves in vastly different socioeconomic situations when they fall in love as adults,” according to Deadline.

Wong, who currently stars on ABC’s “American Housewife,” was a writer for Park’s “Fresh Off The Boat.”

The script was co-written by Michael Golamco, who worked with Park in 2003 on “Dragon of Love,” a short film. 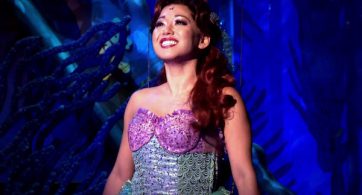 When Japanese-born Diana Huey accepted the role of Ariel, some weren’t pleased. Not because of her talent or skills — the issue at hand was that she was not […]