Kevin Kwan’s having a crazy good year. Amazon Studios just gave a series order to a drama project, about the business empire of a powerful Hong Kong family, by the “Crazy Rich Asians” author.

Kwan, who’s working with STXtv, is co-creating and co-writing with David Sangalli on the untitled series. Will Graham (“Mozart in the Jungle”) will supervise.

STX’s “focus on diverse storytelling that bridges the East and West was extremely appealing to David and me as we embarked on writing this TV series,” Kwan said in a statement, according to Deadline. The Amazon series will be his first TV project.

A film adaptation of Kwan’s bestselling book “Crazy Rich Asians” is due out in theaters on Aug. 15. The book, which was released in 2013, is the first in a trilogy — also comprising “China Rich Girlfriend” and “Rich People Problems” — which has seen global success. 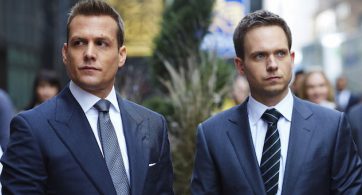 “Suits” is getting another Asian remake, this time in Japan. An adaptation of the hit USA Network show about a charismatic lawyer and his associate will be produced by […]