Ever daydreamed about all the ways you could show off to an ex?

In the music video for her new single, “Other People,” Amber Liu is bringing those fantasies to life. As she croons, “I’m replacing you with other people,” Liu struts around an unlucky ex-boyfriend, who’s duct-taped to a chair and forced to watch as she spends time with friends and new guys, including YouTuber Mike Bow.

Liu originally debuted with K-pop girl group f(x) in 2009, and made her solo break with her debut EP “Beautiful” in 2015. “Other People” is the latest single from Liu, after recently dropping the music video for “Hands Behind My Back.” Both songs will appear on her forthcoming six-track EP, “X,” which is set to come out in January 2020.

Although “Other People” just dropped yesterday, it’s already inspired a slew of reaction videos and tweets from fans, who were stunned by a certain steamy scene with Bow.

Watch the video here to see for yourself: 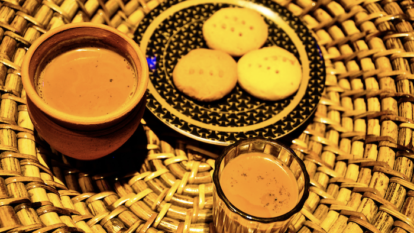 Fall menus are here, featuring seasonal staples like maple, pecan, cinnamon and pumpkin. While the towers of autumnal offerings are steadily growing, we decided to scour Los Angeles for […]