Put Ameriie in an empty room and tell her to relax, and she just might go crazy.

Because as the recently published author and “1 Thing” singer tells it, there’s nothing worse than wasting a day being unproductive — why sit around when she could be recording in the studio (her latest single, “REDRUM,” dropped last month, and will be followed by what she hopes is her first full-length album since 2009 later this summer), shooting and editing for her YouTube channel (Books Beauty Ameriie), or penning novels (that’s novels, plural)?

Her first anthology, “Because You Love To Hate Me,” features her first published short story. It’s also an effort for which she acted as editor, bringing together BookTubers (book vloggers) and a dozen best-selling authors like Nicola Yoon, Victoria Schwab and Renée Ahdieh to write the collection of stories told from the perspective of fairytale villains.

The book — which appeared on the New York Times’ young adult hardcover best-selling list this week — hit store shelves on July 11, and within it “Jack,” Ameriie’s tale about a young giantess who befriends the eponymous hero of “the Beanstalk” fame. “The Jack and the Beanstalk story always made me upset, because I always felt the giant died unfairly,” she said. “He didn’t do anything wrong.”

Ameriie leads a panel discussion with the BookTubers and authors of the anthology “Because You Love To Hate Me” inside Barnes & Noble at the Grove in Los Angeles. (Gloria Feng/Kore Asian Media)

Three years ago, Ameriie, seeking dialogue with other book lovers who also love to delve deep into plots, characters and themes, found a receiving community on YouTube, and began her channel.

“My friends were like, ‘We’re so surprised you’re starting a channel because you’re so private,’” she said. She reads more than most people she knows, and began writing as a young girl. At Georgetown University, she studied literature as an English major. “I don’t really know people in my real life I can geek out with. Books are something you just get really excited about. I was used to so much discussion of my music, outside of a personal level, and that’s great too, but books — there’s so many people who read the books you do, this book and this book and this book, and they talk to you about it. That was incredible.”

The channel also serves as a way to connect with fans of her music, the latest of which we heard last year in the EP “Drive.” Her upcoming album, “MA3,” is still in production. “REDRUM” — which carries wordplay from Stephen King’s “The Shining” — is our first taste of the record. “The way I create, I go with the flow,” Ameriie said. “I never want to do the same thing again and again. It’s about staying fresh and going with what I feel like. I’m a moody reader, and I’m a moody creator, too.”

Then there’s “Cymatika,” a project that has been underway since 2010. Originally announced as a trilogy, the album is another work in progress. “I’m really happy about ‘Cymatika,’” she said. “This is going to be the project that comes out and they’re going to say, this was 20 years in the making!”

Have we mentioned she’s also writing? A lot?

In addition to a fictional trilogy she started working on years ago, targeted toward adults, as well as a standalone novel being polished up, she’s currently in the midst of writing a sci-fi fantasy book for young adults.

“I can never take a day off,” she said. “I have tried to learn to do that, but it’s very difficult. I have to be creating, keeping it going. Let’s go, let’s go, let’s go.”

Find more on “Because You Love To Hate Me” at ameriie.com/books. 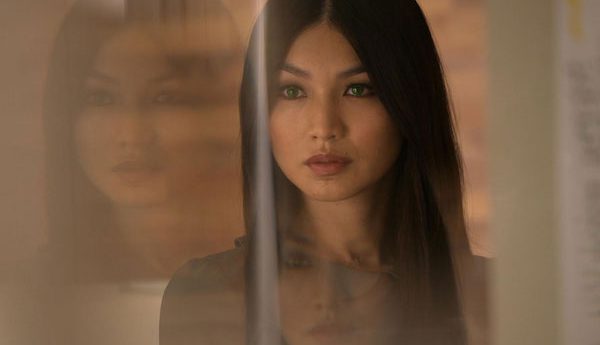 Gemma Chan, who’s been busy doing everything from her TV show “Humans” to the latest “Transformers” film to “Crazy Rich Asians,” has locked in another project, this time the […]