More than a year after its debut, Netflix’s “Atypical” is back for a second season. Ten more episodes will hit Netflix on Sept. 7.

The series follows Sam (Keir Gilchrist) as he starts to think about his life after high school. The show also follows his family members’ issues, including those of his sister Casey (Brigette Lundy-Paine), who must acclimate to her new prestigious school, and Sam’s mother (Jennifer Jason Leigh), who is having an affair.

Japanese American actress Amy Okuda stars as Julia Sasaki, Sam’s therapist and love interest. She is otherwise best known for her role as Catherine Hapstall in ABC’s “How to Get Away with Murder.”

Nik Dodani, who plays Sam’s best friend Zahid, is also set to appear in CBS’s revival of “Murphy Brown,” according to Variety.

“Atypical” was nominated for “Best Musical or Comedy Series” at the 22nd Satellite Awards last February.

Check out the trailer for Season 2: 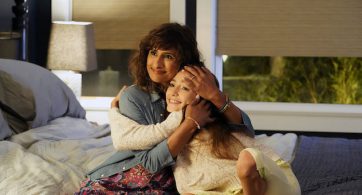 NBC is set to premiere its new comedy “I Feel Bad” on Oct. 4. Sarayu Blue, known for her roles in “No Tomorrow” and “Monday Mornings,” is joined byBrian […]