Among the nominees is Chinese indie filmmaker Chloe Zhao, whose film “The Rider” is nominated for Best Feature. The film won the Art Cinema Award at the Cannes Directors’ Fortnight and follows Brady, a competitive rodeo rider whose budding career is cut short when an accident forces him to give up the only thing that gives his life meaning.

Veteran Japanese actress Shinobu Terajima is nominated for Best Lead at the Spirit Awards for portraying Setsuko Kawashima in “Oh Lucy!”, the story of a woman who falls in love with her English tutor.

Real-life couple Kumail Nanjiani and Emily V. Gordon wrote “The Big Sick,” which tells the true story of how the two met and fell in love in spite of Kumail’s conservative Muslim family’s disapproval and Emily’s close call with death. The romantic comedy is nominated for Best First Screenplay.

“Columbus” tells the story of an unlikely couple that bonds over a shared love for architecture. Directed by Kogonada, this John Cho-starrer is nominated for Best First Feature.

Justin Chon is nominated the Annual Kiehl’s Someone to Watch Award, which is presented to the filmmaker whose exemplary work has yet to be given its due recognition. Chon’s black-and-white drama “Gook” told the story of two Korean American brothers’ relationship with a young black girl in the time of the 1992 Los Angeles Riots. The film won the Sundance Audience Award this year.

Jeff Unay has been nominated for the Truer Than Fiction Award, which is presented annually to a filmmaker who specializes in nonfiction film and whose work hasn’t gained the attention it deserves. Unay’s “Cage Fighter” follows Joe Carman and gives the audience a glimpse into the complexities of his personal and professional life.

Finally, Korean filmmaker So Young Kim is nominated for the Annual Bonnie Award, which is given to the female filmmaker whose work best embodies the innovative spirit of Bonnie Tiburzo Caputo, the first female pilot to fly for a major U.S. airline. Her most recent film “Lovesong” tells the story of two lifelong best friends who fall in love after taking a road trip. The film premiered at the Sundance Film Festival in 2016. 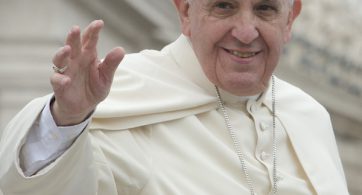 YANGON, Myanmar  — Pope Francis opened a diplomatically fraught trip to Myanmar and Bangladesh on Monday by immediately diving into the crisis over Myanmar’s crackdown on Rohingya Muslims: He […]