This is part three of our cover series on the top 10 Asian American blogs to read (or watch) right now. Read part one and part two here.

Family-oriented sites are prolific on the web, but father-penned parenting blogs who don’t hold back on the curse words and musings about poo? Meet Metrodad, aka Pierre Kim, who writes about Peanut, his 6-year-old daughter. And in case you were wondering, Kim isn’t claiming to be metrosexual; the blog’s moniker is simply a nod to his home base of New York City. The entries are comedic gold (he and his ex-wife, Boss Lady, once dressed their kid up as an underage Chinese Olympic gymnast for Halloween). And although the site has been popular enough to garner talks of a television sitcom, Kim still shies away from the idea of playing to an audience. “I want to remain faithful to the writing,” he says. “I never want to feel like I’m writing for the press, or writing to the readers,” says Kim. One person he does hope will appreciate the posts in time is his daughter—who has no idea her father blogs about her bowel movements and propensity to stick fingers up a statue’s butt. “My love for my daughter is clearly evident in the blogs, so I think there are parts she’ll appreciate and parts she’ll find embarrassing,” says Kim, 41. “But whether I do it in the blog or in real life, it doesn’t matter. At some point I’m going to embarrass her regardless.”

Channel APA is quickly becoming the go-to site for Asian Americans in the entertainment business, especially for those who might not get any face time anywhere else. “It started out as a way to give independent artists a platform to share their opinions,” says Steve Nguyen, 24, who lives in Los Angeles. Although the blog is dominated by plugs for up-and-coming/unknown Asian American talent and musicians, it was also the first site to break the news about the K-town reality show cast, and it’s managed to also snag video interviews with some of the scene’s heavier hitters: Marié Digby, Ken Jeong and Jackie Chan, to name a few. But Nguyen and his business partner, Kevin Hsieh, who helm the small team of contributing bloggers, don’t ever want to limit themselves. “We’re always experimenting, never the same,” says Nguyen. “We want to build a community channel for Asian American artists, or really, anyone who influences popular culture.”

The Korean
Photograph courtesy of The Korean.

Ask the Korean about anything Korea-related (besides his true identity), and he will answer. He comes from a place of great knowledge and seems to be generally un-offended by anything other than bad grammar, making him the perfect “expert” to run the Q&A style blog. The idea is far from original, as the blog was directly inspired by the OC Weekly’s acclaimed “Ask A Mexican” column, but who cares? The questions are hilarious. Examples: “Im [sic] a woman trapped inside a man’s body. Is there any place where i can get a sex change in Korea? How much would that be?” (Answer: “Umm…”); “Illegal alien having a baby in US with a US citizen and want to go back to mother country with the baby. is it possible?” (Answer: Anything is possible. Just do it.). But not all of his answers are marked by such brevity or sarcasm. In fact, the Korean’s answer to one of his most popular questions—“Do Koreans eat dogs?”—is more than 8,000 words long and thoroughly researched. “I always try to answer everything,” says the Korean, a 29-year-old New Yorker (by way of Korea and Los Angeles). “I post the things that seem relevant to the general public, and those are the questions I heavily research, and the others I respond to by email.” The strangest question he’s ever gotten? “This insane, colorful rant about Bae Yong Jun, the Korean actor. I can’t even describe it. You just have to read it.”

The first question people tend to ask is: Are there really eight Asians? Although once upon a time, there were only eight, today the site boasts more than a dozen contributors and is run by a California-based trio: Ernie Hsiung, 34, Jocelyn “Joz” Wang, 35, and Moye Ishimoto, 29. “8Asians is a collaborative blog,” explains Wang, who lives in Los Angeles. “We highlight the diversity of opinion, geography, basically everything about Asian Americans, but also show what’s similar about us, too.” And it’s true. The site doesn’t have any one beat, except “Asian,” if you consider that a beat, and it manages to cover all relevant issues thanks to its flock of dedicated writers. But what makes 8Asians so different is the fact that beyond the regurgitation of news, the writers make it a point to add their own opinions and then ask for their readers’ two cents. “We pride ourselves on trying to have thoughtful, non-trollish [meaning, no spam and no hatin’] conversations,” says Hsiung, the site’s founder, who lives in San Francisco. “We’re trying to facilitate open conversation. If we don’t have enough of that, we’re not trying hard enough.” 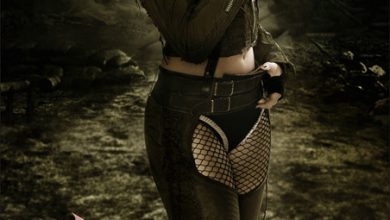