And here it goes again – the first trailer Thursday for “The Great Wall,” being called the most expensive film to ever be shot in China, and starring Matt Damon leading an otherwise mostly Chinese cast, has bought criticism as the latest example of whitewashing in Hollywood.

Described as a “3D science fantasy adventure-monster action” film, the English-language co-production between Hollywood and China was written by American screenwriters (including Doug Miro and Carlo Bernard, who penned “Prince of Persia: Sands of Time,” another film accused of whitewashing through its lead Jake Gyllenhaal) and directed by Zhang Yimou, the filmmaker behind “House of Flying Daggers.” It is due out in American theaters in February next year.

Damon appears in a Chinese war uniform in the trailer, flanked on his sides by an international cast that includes Chinese stars Andy Lau, Jing Tian and Lu Han, as well as Pedro Pascal (“Game of Thrones”) and Willem Dafoe.

Following films like “Aloha” and announcements for “Ghost In The Shell,” the issue of whitewashing in Hollywood has taken front stage in recent months, with campaigns like #StarringJohnCho taking over social media.

Phil Yu, writer of Angry Asian Man, told an equally frustrated Jen Yamato at the Daily Beast that “the white savior conceit is so commonplace, to most people a movie like ‘The Great Wall’ might feel normal and even expected.”

Yamato, in reaction to the trailer, decried casting Damon as the latest “white man to save an exotic culture/people,” pointing to Tom Cruise’s similar turn as the “last samurai” in the 2003 film.

Can we all at least agree that hero-bias & “but it’s really hard to finance” are no longer excuses for racism? TRY pic.twitter.com/mvNet5PrtH

“Fresh Off The Boat” actress Constance Wu took to Twitter to express her disappointment: “We have to stop perpetuating the racist myth that only a white man can save the world. It’s not based in actual fact. Our heroes don’t look like Matt Damon. … We don’t need salvation. We like our color and our culture and our own strengths and our own stories.”

“It’s extremely frustrating to see that Hollywood’s gone back to the Asian well to cash in on China-mania,” Yamato wrote.

Cause Asian people can’t seem to fight their own battles, can they? #Whitewashing. #BOYCOTThttps://t.co/q3WimzO4M7

Le Vision Pictures, one of the Chinese names behind this project, is owned by LeEco, the Chinese online video giant that just this week bought the California-based Vizio with ambitions of expanding into the U.S. market. Legendary Pictures, which was bought by Wanda Group – another Chinese company earlier this year – helped produce, and Universal will distribute the film stateside.

Speaking to Entertainment Weekly Thursday, Zhang called the movie “a Hollywood blockbuster” that is “told from an American’s perspective,” thanks to its writers. “What I really want is to bring Chinese color and cultural background to the worldwide audience through a film language they are familiar with,” Zhang said. 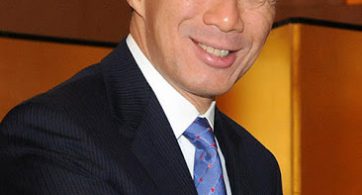 President Barack Obama will host Singaporean Prime Minister Lee Hsien Loong for an official visit and state dinner on Aug. 2. The visit will be the first of its […]