Miss Korea, South Korea’s national beauty pageant, was hit with a bribery scandal after a participant’s mother allegedly paid off a judge to put her daughter at an advantage, according to TV network MBC’s investigate journalism program, Sisa Magazine 2580.

The program claimed that the mother offered money to an employee at the Korea Times, one of Korea’s oldest daily newspapers that also hosts the event, and that other contestants gave luxury goods to judges, such as pearl rings and other bribes.

The scandal is fueling fire to the already controversial event, as many Koreans have criticized the event for awarding contestants based on superficial values.

“One of the senior staff of the contest told me to buy off two judges,” an anonymous contestant from last year told the TV program. “He gave me a bank account and told me to wire money to that.”

The Korea Times issued an apology and promised transparency in its future events.

“We feel moral responsibility for failing to prevent that,” the spokesperson said. “Our company will make all-out efforts to make the judging process more transparent and cleaner in the wake of this case.”

Yoo Ye-bin, this year’s Miss Korea winner, denied the accusations that her parents had paid off the judges.

“I was just an average student and my parents don’t have that kind of money,” she said. “One contestant bribing a judge shouldn’t be rationalized. I hope people understand that the judging process of the event is indeed transparent.”

This story was originally published on KoreAm Journal. 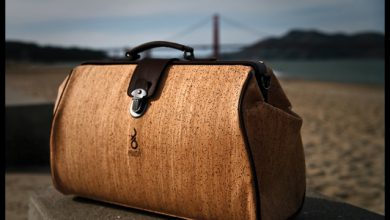 Story by James S. Kim.  Men and Their Baggage Designer Jee Kim, founder of Peasants & Travelers, creates stylish and functional bags for men, who were actually quite the […]