Are you a filmmaker of Asian and Pacific Islander descent waiting for that big break? Have you made an amazing short film that you’re dying to showcase—especially on a platform that’s known for its iconic shows like “Game of Thrones” and “The Sopranos?” Well, then you’re in the right place.

Today, HBO announced the call for submissions for its fourth annual Asian Pacific American Visionaries short film competition. The APAV competition will award the top three winners with cash prizes and the opportunity to have their projects premiere on HBO (and/or its on-demand, digital and/or social platforms). Their projects will also premiere at the 2020 Los Angeles Asian Pacific Film Festival.

This year’s ambassador and spokesperson for the 2020 HBO Visionaries program is none other than legend Bruce Lee’s daughter, Shannon Lee (executive producer on Cinemax’s “Warrior” and CEO of Bruce Lee Enterprises). And the jury? HBO executives and representatives from Asian American media organizations such as Center for Asian American Media, the Coalition of Asian Pacifics in Entertainment and Visual Communications will judge this year’s competition.Paving the way for inclusivity in Hollywood and having the chance for your work to be premiered on HBO? Sounds like an offer that’s too good to be true. Final submissions are due Dec. 1 at 11:59 p.m. (PST). What are you waiting for future filmmakers? Seize the day! Click here for the complete rules and guidelines, as well as more news and information. 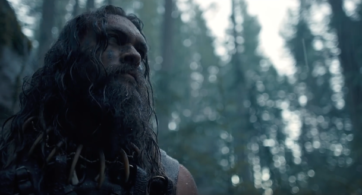 Jason Momoa (of “Aquaman” fame) recently made headlines for his activism in Hawaii, protesting against the construction of the Thirty Meter Telescope on Mauna Kea, a sacred volcano. But […]