Can we read the text inside a closed book?

Researchers from the Massachusetts Institute of Technology say yes, we can – recent technology has proven able to identify letters on the top nine sheets of a stack of papers, and may prove useful for archaeologists working with easily damaged antique books.

According to The Indian Express, Ramesh Raskar, an associate professor of media arts and sciences at MIT, tested the prototype along with the rest of his colleagues on a stack of papers with a letter printed on each one.

“The Metropolitan Museum in New York showed a lot of interest in this, because they want to, for example, look into some antique books that they don’t even want to touch,” said Barmak Heshmat, an Iranian research scientist at MIT who co-authored the paper recently published in the Journal of Nature Communications along with Raskar.

According to MIT News, the algorithms that acquire images from paper were developed by MIT researchers while the algorithm that deciphers distorted images as individual letters was made by Georgia Tech researchers.

The technology uses terahertz radiation, which is a band of electromagnetic radiation between microwaves and infrared light that is useful for penetrating surfaces. The system uses a terahertz camera unit to emit short bursts of radiation which it then detects and uses to gauge a book’s content by its refractive index – the degree to which it bends light.

Heshmat told MIT News that he thinks this kind of technology may be exploited over the Internet if it fell into the wrong hands.

“It’s actually kind of scary,” Heshmat said to MIT News about the algorithm that interprets letters. “A lot of websites have these letter certifications to make sure you’re not a robot, and this algorithm can get through a lot of them.” 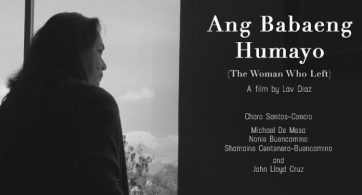