It really is an exciting time for South Korean cinema, from films like “Okja,” “The Villainess” and “The Merciless” receiving minutes-long standing ovations at Cannes, to the films’ signing deals for worldwide consumption by the festival’s end.

Of the five South Korean films that premiered and competed at Cannes, four have closed deals for an international release: “The Merciless” and “The Villainess,” which already pre-sold to numerous territories, clinched additional deals by the end of the festival. “The Day After” and “Claire’s Camera,” despite being on the indie, smaller scale level, sold to several territories following the films’ premieres. “Okja,” financed by Netflix, will have a simultaneous worldwide release through the streaming portal on June 28.

“The Merciless,” which made its international premiere at the festival’s midnight screening, had pre-sold to 85 territories prior, and by the end, sold to a whopping 117 territories, according to the Hollywood Reporter.

Fellow midnight screener “The Villainess,” which pre-sold to an even larger number at 136, signed a deal with an U.S. distribution company, Well Go USA, which helped distribute and release the acclaimed South Korean supernatural horror film “The Wailing” last year. “The Villainess” will continue making festival rounds, this time in Montreal, making its North American debut on the opening night of The Fantasia International Film Festival, which runs July 13 to Aug. 2.

Following the festival, “The Day After” was released in over 50 screens across France, while “Claire’s Camera” signed deals with nine territories, including Brazil, Japan and the Benelux, THR reported.

While South Korean pics “The Battleship Island” and “Warriors of the Dawn” did not show or compete at the festival, they were able to sign off on a similar deal thanks to the exposure and opportunities set by the Cannes film market.

“Warriors of the Dawn,” the fifth and latest Korean language film by Fox International Korea, has set its North American release date for June 16. The spokesperson for M-Line, which is handling the film’s international sales, told THR that “Warriors” differentiates itself from other Korean period films. Set in 1592 during the war between Korea and Japan, the film incorporates “exotic scenery shot across different locations” to ensure cinema goers an experience of another time and place. The film stars Lee Jung-jae, a South Korean blockbuster veteran who previously starred with Liam Neeson in another war pic, “Operation Chromite.” 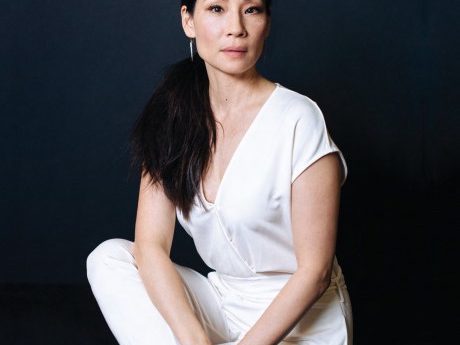 Netflix has found itself a no-nonsense boss in actress Lucy Liu, who is joining Zoey Deutch, Glen Powell and Taye Diggs in the streaming giant’s newest comedy feature project, […]