Have you ever coveted South Korea’s cutting-edge clothing? Now’s your chance to get a peek at the future of fashion.

Seoul Fashion Week’s all-digital 2022 Spring/Summer show kicks off today, Oct. 7, and features notable South Korean designers presenting their collections via a series of 37 pre-made films. Each presentation showcases a different Seoul landmark, like the Dongdaemun Design Plaza and the National Folk Museum of Korea. Participating brands include PARTsPARTs, BMUET(TE) and the nation’s first vegan clothier, Vegan Tiger, which will wrap up the festivities with a final film released on Oct. 15.

As South Korea still has strict COVID-19 travel restrictions in place, this virtual event invites viewers all over the globe to tour Seoul and its style from afar. “The collection of representative designers will be presented to the world at the same time, set on the stage of 600 years of cultural heritage that embraces Seoul’s history, current dynamism and future potential,” a Seoul Metropolitan Government spokesperson said. 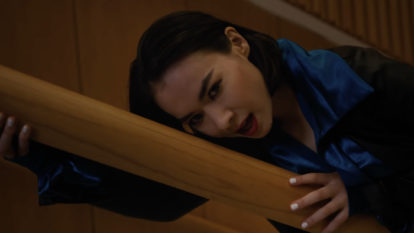 The artist reactivated her social media accounts after a two-year hiatus on Oct. 1, and now she’s headlining a bi-continental 2022 tour.