A CBS pilot about an Indian family of doctors working in New York City has cast Nishi Munshi as a series regular, according to Deadline.

Written by Ajay Sahgal, “Pandas In New York” is a multi-camera comedy that follows the successful family as they “embark on a project to arrange their youngest son’s life, unaware he’s made plans of his own.”

Munshi, who had a recurring role as Gia in “The Originals,” will play an orthopedic surgeon named Gita Panda, one of the Panda family siblings.

“It’s a unique show I’m truly excited to be a part of,” Munshi wrote on her Instagram. “A new kind of family story.”

The pilot is one of a handful this year starring Asian Americans in leading roles. At ABC, two shows — “Greatest American Hero,” starring “New Girl” actress Hannah Simone, and “False Profits,” with Kosha Patel — are underway, while at NBC, Raza Jaffrey will play an FBI agent in “The Enemy Within.” 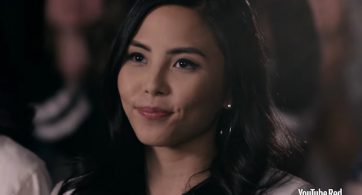