50 years ago today, Neil Armstrong descended from the “Apollo 11 Eagle,” planted a boot on the moon and announced the now iconic, “That’s one small step for man, one giant leap for mankind.”

But, before the scientific discoveries of the twentieth century, cultures looked up to the ever-waning and waxing moon and envisioned their own folklore in the sky. On the anniversary of the American moon landing, these seven Asian legends will make you appreciate the light in our night sky even more.

Every two or three years, the Earth, sun and moon perfectly align so that the Earth’s shadow envelops the moon. For centuries, Filipinos witnessed these lunar eclipses and attributed them to Bakunawa, a serpent who leapt from the water to devour the moon. In an effort to stop Bakunawa, people would bang pots and pans to scare the beast away, or play soothing music to lull it to sleep.

Just like any legend that’s passed down through generations, the story of Chang’e has many versions. It generally goes that Chang’e’s husband, the archer Houyi, is given an elixir of immortality after saving Earth by shooting down nine of the original ten suns that used to occupy the sky. Whether by accident or on purpose, Chang’e consumes her husband’s reward and floats to the moon, where she supposedly still lives today. China even named a lunar exploration space program after Chang’e, which is expected to collect soil and rock samples from the moon in December 2019.

A symbol of the Mid-Autumn Festival, the moon rabbit, accompanies Chang’e; if you look closely at the markings on the moon, you can see it making the elixir of life with a mortar and pestle. In Korea and Japan, the rabbit sacrificed itself for the Emperor of the Heavens, who then appointed the rabbit to be guardian of the moon. There, it eternally mixes the ingredients for mochi and rice cakes. The rabbit is a companion to Chang’e in China’s space program as well, as the rovers have been named Yutu—or jade rabbit.

Master of the violent Indian Ocean waves, Nyi Roro Kidul is a goddess of the sea who claims to any soul she wishes for, especially those of handsome men. When the full moon comes out, she is able to abandon her mermaid tail and shape-shift into a beautiful young woman.

Walking through the forests of Thailand, you may be tempted to eat from the wild banana trees, but watch out—Nang Tani is nearby. She is a young ghost who haunts certain clumps of banana trees, and on full moon nights, she’s especially visible. Cut a clump that she’s tied to, and bad omens aren’t far behind. Otherwise, set out sweets, incense and flowers as offerings.

Also known as Soma, Chandra is a lunar deity and one of nine planets in Hinduism. There are many legends surrounding Chandra. One describes his affair with another planet’s wife, Tara, who gives birth to Mercury. Another explains the waxing and waning of the moon, as well as a dark crater on its surface. These were caused after Ganesha, one of Hinduism’s most worshipped deities, felt humiliated by Chandra’s laughing, threw a horn at the moon and cursed him so he would never be whole again.

Although the Sun Moon Lake that many tourists today know is actually man-made, there are many indigenous legends tied to the beautiful landscape. The most popular myth starts with the sun and moon suddenly disappearing. When a couple goes to investigate, they see that two dragons are playing with them. The couple kills the dragons, eats their eyes and grows into giants, and returns the sun and moon to where they belong. 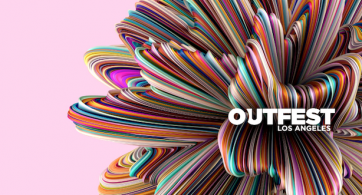 It’s been a wild couple of year for gaysians in entertainment, from Nicos Santos’ performance as Oliver T’sien in “Crazy Rich Asians” to The Try Guys’ Eugene Lee Yang’s […]