If coming-of-age narratives and female AAPI protagonists are your thing, make sure to add “Over the Moon” and “Dash & Lily” to your Netflix watchlist. But before you go, stick around as up-and-coming actresses Cathy Ang and Midori Francis sit down digitally to discuss their respective heritages, latest projects and where they overlap as part of the new generation of Asian American faces in entertainment.

Ang is the breakout star of Netflix’s animated-musical film “Over the Moon,” in which her character Fei Fei builds her own rocket ship to the moon to meet a mythical lunar goddess. Francis, meanwhile, stars as one half of the titular characters in “Dash & Lily,” playing optimistic 17-year-old Lily who spends her holiday break passing a notebook of dares back and forth with the cynical Dash.

After Francis and Ang traded woes of working during the ongoing pandemic, the two chatted about their latest successes and the importance of representation not only in front of the screen, but behind the scenes as well. “Having an all Asian cast as well as a lot of really amazing Asian women behind the table on the creative side … is just so freeing,” Ang gushed about “Over the Moon.” Similarly, Francis praised having screenwriter Lauren Moon write one of her favorite episodes in the series and working with “Usual Girls” playwright Ming Peiffer.

They went on to discuss the weight of being role models and how representation has changed since they were young. The two both rejoiced in knowing that AAPI kids now will grow up having representation as a normal aspect of their lives. “When we were growing up, it’s like we had nothing,” Francis said, “And so to be a part of this changing industry … I feel simultaneously blessed and then a little guilty, just because I know a lot of older Asian actors in the industry who had to endure so much.”

Watch the full conversation above, and catch Ang and Francis’ highlights below. Then, make sure to check out “Over the Moon” and “Dash & Lily,” out now on Netflix! 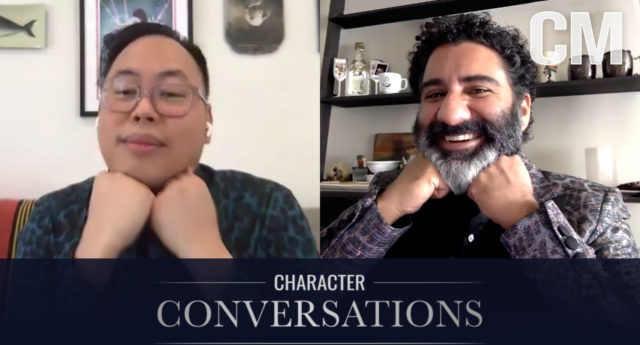 If you’ve ever wondered how to act for commercials, Nico Santos and Parvesh Cheena are here to help. In the latest episode of our Character Conversations series, the two […]