Cinemax ordered a pilot for “Warrior,” a crime drama based on original material written by the iconic martial artist Bruce Lee.

The pilot episode will be executive produced by Justin Lin, and the “Fast & Furious” director is also looking to direct. It will be written by Jonathan Tropper, co-creator of Cinemax’s “Banshee.”

The show takes place in San Francisco’s Chinatown after the Civil War. It follows a young martial arts prodigy who immigrates to San Francisco and finds himself in the middle of the Chinatown Tong Wars.

Lee spent years working on “Warrior” back in the 1960s, but it was never picked up. His wife, Linda Lee Cadwell, accused Warner Bros. of stealing the project to make “Kung Fu,” starring David Carradine.

Lee’s daughter, Shannon, found a collection of his writing years after his death in 1973.

Back in 2013, Lin partnered with Shannon, who will also contribute to writing and producing the show, and Bruce Lee Enterprises to bring Lee’s material to life. Shannon and Lin’s Perfect Storm Entertainment brought the show to Cinemax in 2015. 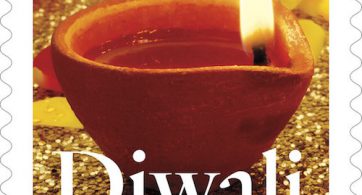 The U.S. Postal Service commemorates the Hindu festival of Diwali with a Forever Stamp. The five-day festival, also known as the Festival of Lights, celebrates the triumph of good […]