Our four fave roomies are returning for season two!

With its season one finale episodes dropping on Dec. 9, HBO Max has announced today the renewal of “The Sex Lives of College Girls,” jointly created by Mindy Kaling and “Brooklyn Nine-Nine” producer Justin Noble. The show follows the college lives of four roommates, Whitney (Alyah Chanelle Scott), Leighton (Reneé Rapp), Kimberly (Pauline Chalamet) and Bela (Amrit Kaur) through the trials and tribulations of college classes at an elite university, new relationships and everything else that comes with that awkward stage between teenhood and adulthood. Recurring characters Nico (Gavin Leatherwood) and Alicia (Midori Francis) round out the cast.

The season two renewal comes after the huge success of the show, which, according to a recent Hollywood Reporter article, was described by an HBO Max representative as its “biggest original comedy launch on the platform this year,” ranking among its top titles. Notably, viewership also grew with the release of each episode, and critically, the show currently sits at 96 percent on Rotten Tomatoes.

The second season’s production and release dates haven’t been announced yet, but fans of the show only have to wait until Thursday to wrap up season one! 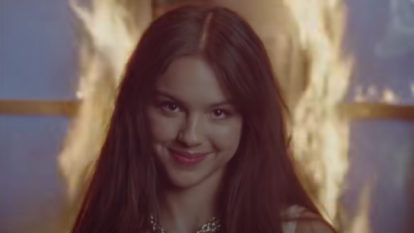 The breakout singer-songwriter will be hitting the road for the Sour Tour in the spring of 2022.