According to WWD, Jenn Im of the mega-popular fashion YouTube channel ClothesEncounters is finally starting her own clothing line this month. Her fashion label, Eggie, will feature pieces that Im’s fans might recognize as signatures of Jenn Im’s “honest and vulnerable” taste in fashion.

Im started her channel back in 2010 with her friend Sarah Chu. Among Im’s 1.9 million subscribers and fans are more than a handful of viewers who have stuck with Jenn for seven years and admire her commitment to making outfits that are both fashion-forward and practical.

She is also well-known for her commitment to thrifting for clothes (many of her videos showcase thrift store hauls), and she has partnered with Goodwill and the Ad Council for a campaign called “Donate Stuff. Create Jobs.”

Jenn’s first clothing line will reflect her fashion taste. With prices ranging between $25 and $79, Im’s collection will subscribe to her philosophy that cute clothes can also be comfortable and affordable. The collection will include bomber jackets, crop tops, bodysuits and hoodies, all in Jenn’s favorites styles. The collection will also have gender-neutral fashion options.

Jenn will be unveiling her new collection, Eggie, on Aug. 22. 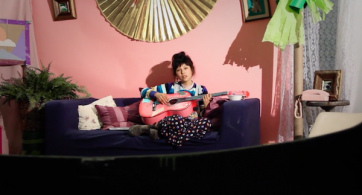 Dre Babinski, better known as Steady Holiday, teamed up with the filmmakers from OMG Everywhere and After-School All-Stars to make the music video for her song “When I See […]