For decades, Asian American stories like those of the “Railroad Chinese” and the interned Japanese were relegated to the margins of history books or were simply not mentioned. Now, a groundbreaking PBS series could change that pattern.

“Asian Americans,” a five-part documentary series, is set to debut on PBS in May 2020 for Asian Pacific American Heritage Month. Produced by Renee Tajima-Peña (“Who Killed Vincent Chin?”) and created by a team of Asian American filmmakers, the show will focus on the profound political, social and economic effects Asians have had on American culture, from the first spike driven by Chinese immigrants in the 1850s to today, where Asian Americans are the fastest-growing ethnic group in the U.S.

“Asian Americans” will incorporate tales of individual lives, as well as the broader picture of American history and future. To learn more about the series, visit PBS’ website here. 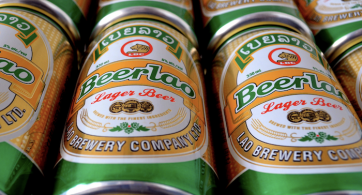 Whether you say “ganbei,” “mabuhay” or “chok dee,” all Asians have a deep love of alcohol…  Asian flush be d@mned. But within the last century, Asian alcohol expanded beyond […]