On Friday, seven amazing singers competed at Kollaboration Los Angles but only one came out the winner. Nate Tao, the Taiwanese American singer/songwriter stole the show and will compete at the Kollaboration finals in November.

This was my first trip to a Kollaboration concert and it exceeded my expectations in every way possible. I entered not expecting much and left wondering how all these artists could still be undiscovered when they were so obviously talented. From pop to opera to R&B, each performer excelled in his or her genre. It seemed a pity that only one person could win.

Kollaboration founder and former executive director PK (Paul Kim) hosted the evening while the fate of the contestants were left in the hands of four celebrity judges-actor and producer Dante Basco, fashion and beauty blogger Jen From Head to Toe, founder and director of “Tuesday night Cafe” Traci Kato-Kiriyama, and head of programming and production at Mnet Jae Yoon Choi.

The first artist to perform was Brooke Taylor, an R&B singer who was discovered by Steve Harvey. A full-time musician, Taylor performed an original song titled “Dear Archer.” Next to perform was winner Nate Tao. His rendition of popular songs won the audience and the judges over. He started with a cover of Destiny Child’s “Say My Name” followed by Alicia Keys’ “If I Ain’t Got You.” He closed with Carly Rae Jepsen’s “Call Me Maybe,” eliciting screams from every female in the audience.

Next up was Ms. Laney, an opera singer who transformed Trey Songz’s “Say Ahh” and Nicki Minaj’s “Superbass” from rap tunes into beautiful melodies. Youngster Kaitlin Obien, who is only 17 years old, followed with an acoustic song accompanied by her ukulele. The four-person group of Dave and The Cousins sang an original a song titled “Around the World.”

Second to last to perform was Jeremy Crooks, a pop artist with a captivating stage presence who has performed on the Ellen DeGeneres show twice. St. Andrew closed the concert with an original song titled “Boulevard of Broken Dreams” which combines pop and classical influences.

David Choi performs with his father Ray Choi for the first time. Photo courtesy of Kollaboration.

While the judges deliberated, comedian Jimmy Ouyang took to the stage for a stand-up comedy act. International music sensation David Choi performed some of his original songs. For the first time ever, Choi performed with his father Ray Choi, the reigning world champion on the autoharp.

Finally, it was time to announce the winner. Ms. Laney won the Verizon Audience Choice Award which includes $500 in prize money. Nate Tao ended up winning the grand prize of $1000 and the opportunity to compete at the Kollaboration finals in November. 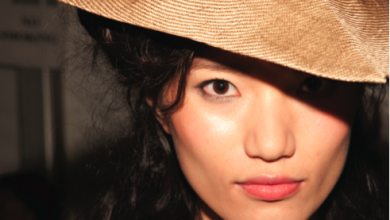