There’s something uniquely gripping about Korean dramas. Daniel Dae Kim knows this and wants to bring such stories to the American screen.

The actor-turned-producer is in talks to remake the popular Korean TV medical drama Good Doctor, possibly for CBS. The award-winning KBS2 the series follows a brilliant pediatric surgeon who suffers from savant syndrome, a condition that gives him child-like mannerisms but also fueled his career.

Kim told Hollywood Reporter that “good content can transcend cultural barriers” and that the hospital setting is one that U.S. audiences will find familiar. “It’s something that can fit into a recognizable world, with a breadth of characters that can be explored in the long run,” he says.

After glistening on the small screen in his (often-shirtless) roles on Lost and Hawaii Five-0, Kim signed a two-year contract with CBS Television Studios to develop new projects. In addition to Good Doctor, he wants to produce a film adaptation of Escaping North Korea: Defiance and Hope in the World’s Most Repressive Country, a memoir by North Korea specialist Mike Kim about his experience helping North Korean refugees cross over to China.

“It’s really beautiful and relevant story, one I think the world should know,” Kim said. 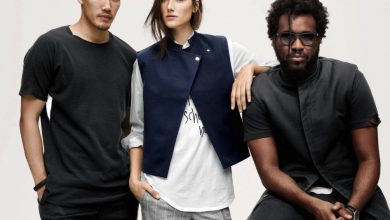 The CFDA and Vogue Fashion Fund Award winner, Public School, and runners up, Juan Carlos Obando and Marc Alary, have paired up with J. Crew for their debut capsule […]