When PRIYANKA CHOPRA was 17 years old, the young Indian beauty had spent a few difficult high school years abroad in the United States before deciding to go back to India for her senior year. Upon her return, her mother sent some photos Chopra had taken to apply for an engineering scholarship to the Femina Miss India beauty pageant. Within the span of a year, Chopra went from being taunted by American teenagers who called her “brownie” to winning the 2000 Miss World title at age 18 – still the youngest contestant to ever win the pageant in its 63-year history.

Now 31, Chopra says that if she hadn’t been bullied at school and desperate to return home to India, she would have never fallen into her mega-successful career in the Bollywood entertainment industry.

“I think it gave me the strength to take adversity head on,” says Chopra. “I also learned that your life and destiny is in your own hands. Take chances, push boundaries, jump, fall, fail, cry, and then brush it all off and start all over. You will face adversity at many points in your life, but you can’t let it become a roadblock.

“The incident [in high school] upset and hurt me tremendously,” she continues, “but ultimately made me stronger. Then being back home in India led me to participate and win the Miss India and Miss World crowns. I found what I loved to do, gave it everything I had and left the rest up to destiny. Nothing anyone says or does will ever change that.”

In a business that is ruled by Kapoors, Bachchans, Roshans and Khans (who are often sons and daughters of already-successful film industry folk), Chopra prides herself in being a self-made star. Her parents, both doctors in the Indian army at the time, had no connections to Bollywood. But when Chopra was flooded with acting offers after her Miss World win, her mother actually gave up her flourishing practice to come to Mumbai with her daughter to help chase her new dreams.

“We were so far removed from this world,” says Chopra. “We didn’t know anyone and didn’t know a thing about the film business. What actually helped us through it was that we knew this was not a ‘do-or-die’ situation, so we just trusted our instincts and stuck to our values. Every day was a challenge, everything I had to face, good or bad, was a new experience, and that in itself was a challenge.”

In the beginning of her career, Chopra was involved in some commercial successes – Andaaz opposite Akshay Kumar, Mujhse Shaadi Karogi with Salman Khan and Kumar, Krrish with Hrithik Roshan, and Don opposite Shah Rukh Khan – but it took a while for her to be taken seriously as an actress and gain parts that did more than capitalize on her looks.

“Learning to be an actor and understanding the craft was a huge challenge for me,” says Chopra. “I didn’t go to acting school. My [previously] desired career path was to be an engineer. So I listened, observed and absorbed everything that was happening around me. It gave me the foundation that I needed to build on and really paid off.”

One could argue that Chopra’s biggest turning point came in 2008, with her role as an ambitious supermodel in Fashion. Not only was Chopra in the title role in the women-centric film with no male leads, she picked up most of the major best actress awards that year, including the Filmfare Awards, International Indian Film Academy Awards, and the National Film Awards.

In 2012, she further cemented her acting chops by donning a short curly hairdo to play an autistic girl, rendering her almost unrecognizable as Ranbir Kapoor’s unlikely love interest in the romantic comedy Barfi!. Nowadays, with more than 40 films under her belt, she’s respected as a hard-working actress who is bankable yet not afraid to take chances with her roles.

But it was late 2012 that brought her boldest move yet – a foray into the international pop music scene. Bollywood film is known for its musical numbers, and as part of film tradition, the actors and actresses dance and lip-synch to songs that are pre-recorded by professional playback singers. While there have been instances of actors recording songs for their own films, Chopra is the first major Bollywood star to sign a record deal with the intent of releasing a solo English album for a global audience.

Instead of staying in India, where she is already a bona fide superstar with almost 5 million Twitter followers (the most of any Bollywood actress), Chopra deliberately chose Los Angeles as her base for recording music, and she is working with American artists and producers to develop her own style that fuses universally appealing pop/dance beats with her Indian roots.

“It’s been super fun, but also scary in a way, because as a lyricist you are delving into your own experiences and emotions to create these songs,” says Chopra. “As you will hear, my music is really driven by my moods. When I’m hyper I write a pop song; when I’m sad I write ballads.”

Chopra has since released two singles, with a third due any day now. “In My City,” featuring will.i.am, was certified triple platinum in India when it debuted in September 2012, and it made a resurgence this past September when it was chosen as the NFL Networks’ official new Thursday Night Football opening theme song. Her second single “Exotic,” featuring Pitbull, not only hit number one in iTunes India when it was released this past July, it also appeared on the Billboard Dance/Electronic charts in the United States, as well as the Canadian Hot 100.

Her upcoming debut album, scheduled for early 2014, is a collaboration between Universal Music Group, Interscope Records and Desi Hits!, and both “In My City” and “Exotic” were produced and co-written by Grammy-nominated producer RedOne, a Top 40 hit-maker for artists like Nicki Minaj, Jennifer Lopez, One Direction and Lady Gaga.

“Making music is such an organic process, and there is really no set pattern,” says Chopra. “In the course of putting my album together, I have had such varied experiences. Sometimes a song has been borne out of a melody created while sitting in the studio, or it germinates from a particular emotion that you are feeling on any given day. Sometimes a story or a word tossed into a conversation – that becomes the center point of the idea for your song. It can happen anywhere and anyhow, and that’s what makes it so magical.”

That said, her ardent Bollywood fans need not worry about her abandoning the silver screen any time soon, as Chopra’s filming schedule has definitely not been put on hold amidst the madness. Always the multitasker, the impossibly busy triple threat recently re-teamed with Hrithik Roshan for the superhero sequel Krrish 3, released in November, and she will soon finish filming the upcoming Mary Kom biopic, in which she plays the titular role of the celebrated Indian boxer. Chopra was also recently named the new Guess Girl, becoming the first model of Indian descent for the clothing brand and following in the steps of such well-known names as Claudia Schiffer, Anna Nicole Smith and Kate Upton. Handpicked by Guess CEO Paul Marciano, not only will Chopra appear in their holiday ads shot by Bryan Adams (yes, the musician) in the December issue for almost all the major American fashion magazines, her music and Guess campaign video will stream across the brand’s 1,700 stores worldwide.

Looking back, even though the teenage Chopra dealt with her share of mean high school girls who didn’t appreciate her South Asian roots, her experiences in the United States weren’t all bad. Her exposure to American hip-hop and R&B during her formative years – she was obsessed with Tupac Shakur and wore black to school every day for a week after he passed away – has influenced the eclectic mix of music she co-writes and listens to today.

And Chopra recognizes that we’re now in a different time: as the world is becoming more global (our own Miss America is of South Asian descent, after all), we just might be ready for an Indian pop star in America.

This cover story was originally published in our Winter 2013-14 issue. Get your copy here. 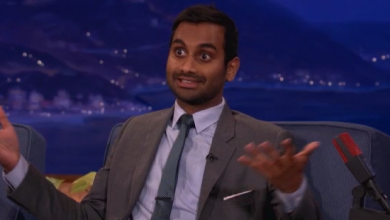 Check out the hilarious comedian Aziz Ansari on Conan and his take on Miss America Nina Davuluri, Asians in the media, and racists.   [wp_ad_camp_2] http://teamcoco.com/video/aziz-ansari-racist-grandma