Korean American writer Theresa Hak Kyung Cha, whose seminal work Dictee was published in 1982, certainly had a promising future in the literary scene, but it was cut tragically short when she was murdered in New York City that same year.

Despite this, Dictee—renowned for its unorthodox structure that includes uncaptioned photographs and mysterious letters seemingly unrelated to other material in the book— continues to influence generations of readers, and recently, there has been renewed interest in the groundbreaking text about women linked by common struggles.

Inspired by the book, artists Soomi Kim and Jen Shyu have created a multimedia performance that, through spoken word, movement, music and experimental sound and video, shares the stories of brave women “who are ordinary, revolutionary and extraordinary in their common experiences of suffering and the transcendence of suffering.” Also titled “Dictee,” the theater piece, directed by Suzi Takahashi, will play tonight and Sunday at the third annual National Asian American Theater Festival in Los Angeles at the Inner-City Arts Rosenthal Theater.

For complete schedule and ticket information, visit the Web site.

Kim, a past feature subject in KoreAm for her performance piece Lee/gendary about Bruce Lee, spoke recently to iamKoreAm about what drew her to her latest project.

When did you first read Dictee and what about Theresa Hak Kyung Cha’s seminal work spoke to you as a writer and performer?

I read it in 2007. Her work took me by surprise and blew some of my preconceived perceptions about poetry and Korean women out of the water. Her work jumped off the page and, although much of it is abstract and complex, the writing was so powerful. To me it was a performance on the page that was yearning to be seen or adapted.

The more I discovered about [Cha’s] life and work, the more I felt connected not only because of her Korean heritage, but because her essence reminded me of my own.

Previously, you did a piece on Bruce Lee called Lee/gendary. Both Lee and Cha were two great talents whose lives were cut short. Is that a theme that resonates with you?

Funny that they both died around the same age and not so far apart in time. Lee died in 1973 and Cha in 1982. My own mother died when I was 12, so I think that somehow these experiences interact with me unconsciously. I do tend to be impacted by people/artists who have lived short and intense, self-actualized lives.

There’s also a documentary on Dictee in progress. Why do you think there’s this deep interest in Cha’s life and work now?

I don’t know, but I feel like it’s one of those situations where the laws of attraction are at work. I learned about Woo Cho’s documentary about Cha, “The Dream of the Audience,” through a well known avant-garde musician, John Zorn. My collaborator Jen Shyu contacted him about his composition inspired by Dictee, and he put us in contact with Cho.

Cho met and interviewed us and filmed some of our work in progress. It’s one of those things where once you put your energy into something, all these other elements reveal themselves. In my case, through the unfolding of this work, I have met a number of Cha followers who regard her work as very important and underexposed. Suddenly she seems to be everywhere.

What do you hope audiences will walk away with after watching your piece?

I was recently asked this question and I thought about it for a while. Then it hit me: I hope they walk away with the feeling that they have just had the fortune of meeting an extraordinary woman—Cha. 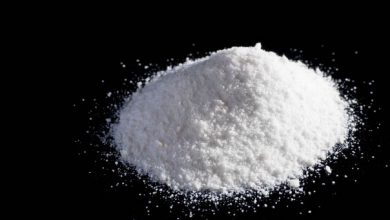 The illicit drug trade is booming in towns along North Korea’s border with China as the cash-strapped country desperately looks for steady sources of income, according to a recent […]