Now Gangnam, Korea is becoming known for more than just a popular parody song in America. In February, over the course of two days, the Gangnam District Office and police hired a group of 50 city workers to forcefully evict street vendors. This resulted in physical altercations between workers and vendors, and the complete destruction of several street stands.

Running businesses on the streets of Gangnam has been illegal since 2011, without much enforcement. Now district chief Shin Yeon-hee says the area, which has been developing in recent years into a metropolis, needs to be “cleaned up” in order to make Gangnam more “global” and “foreigner friendly” for all of the incoming tourists.

Vendors couldn’t do much but watch as city workers not only harassed them, but took hammers to their stands, destroying all merchandise. Police officers stood nearby but didn’t interfere. There have been reports that a few brave vendors have ventured to set up new stands since then. 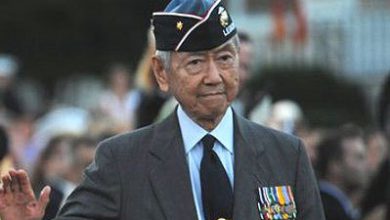 Major Kurt Chew-Een Lee, the first Asian-American U.S. Marine Corps officer, died on Monday in Washington, D.C. at the age of 88 from a heart attack. During WWII, an […]