Last year, Korean American adoptee Dan Matthews began searching for his birth parents. He had considered it a long shot, but less than a month after he filed the paperwork, he received an email from his adoption agency that they had found his biological mother.

Now, the Los Angeles-based rapper, who also goes by DANakaDAN, is unveiling his story. With a film crew in tow, Matthews recorded his experiences, from his adventures in Korea, to finally meeting hisparents and siblings — one of whom was his twin brother. The first episode of aka DAN, a four-part series, is available now on the International Secret Agents YouTube channel. The documentary also includes appearances from fellow adoptees, including Danish Korean rapper Niko Yu and identical twin sisters Samantha Futerman and Anais Bordier.

Matthew’s music career grew out of his search for his identity as an Asian American and Asian American adoptee, so it’s only fitting that the release of his first full-length solo album accompanies the documentary. His new album also features Clara C, Travis Graham, David Choi, Kero One, Paul Dateh, Priska and Sam Kang, among others.

You can check out the first episode and his first single, “Is There Anybody Out There” ft. Clara C below. Matthews’ new ablum Stuntman is available here. New episodes for aka DAN will be broadcast on Arirang TV and online via Dramafever, Hulu and the ISATV YouTube channel. 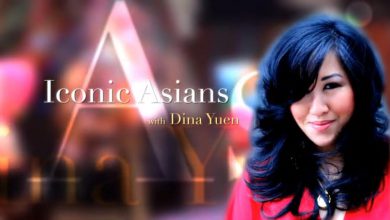 Now you can help bring an Asian-focused television show to life! Iconic Asians with Dina Yuen showcases influential Asians using “a format that combines the best of Anthony Bourdain’s No Reservations and The […]