Epik High announced earlier today that Los Angeles-based rapper Dumbfoundead, who now goes by the name Parker, will be joining them on stage for their 2015 North American Tour.

#HIGHSKOOLERS in LA, @dumbfoundead is a guest at the May 29th Show! Did you buy your tickets yet?GET YOUR TICKETS AT: http://t.co/19trPpseMW

Parker has been invited to perform as a guest rapper for the Los Angeles leg of the tour at the Wiltern Theater on May 29. Last February, Parker returned to the rap battle scene after a long five-year hiatus, defeating rapper Conceited and even earning praise from Drake.

Born in Beunos Aires, Argentina and raised in L.A.’s Koreatown, Parker has been an influential hip-hop artist in the Asian American community since the mid-2000s. He’s been featured in Epik High tracks “Maze” and “Rocksteady,” which were included in the hip-hop trio’s sixth album [e]. The L.A. rapper also performed as the opening act for Epik High’s Map the Soul tour back in 2009.

After adding new cities and encore concerts, Epik High is set to kick off their 2015 North American Tour at San Francisco’s Warfield Theater on May 28. The group will then travel to Los Angeles, Vancouver, Seattle, Chicago, Dallas, Atlanta, New York and Toronto through June. 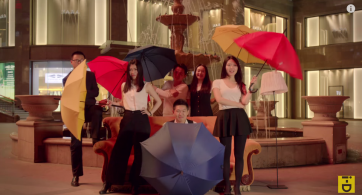 While many of us can claim to be huge fan of the popular NBC television series Friends, it takes something special to be called the world’s biggest Friends […]