In what feels like a long overdue announcement, the Hollywood Chamber of Commerce has decided to give Dwayne Johnson his own star on the Hollywood Walk of Fame.

“Not only does Dwayne have a great personality and talent, but he also does a great amount of philanthropic work which is part of the criteria for earning an immortal spot on the Walk of Fame,” said Ana Martinez, producer of Walk of Fame ceremonies.

Johnson currently stars in HBO’s “Ballers” as Spencer Strasmore, a former professional football player who takes on a career in personal management and mentors young, rising athletic stars. In 2016, Johnson also lent his voice to Disney as the demigod Maui in “Moana.” He’ll next be seen opposite Jack Black, Kevin Hart and Karen Gillan in “Jumanji: Welcome to the Jungle,” as well as the upcoming films “Rampage” and “Skyscraper.”

San Francisco-born and Hawaii-raised, Johnson first gained fame in the early 2000s as a WWE wrestler, where he became known by his ring name “The Rock.” In 2000, Johnson started The Rock Foundation, his charity which focuses on educating and empowering terminally ill children through health and physical fitness. On top of being one of the busiest and highest-paid actors in Hollywood, Johnson has also been open about his struggle through depression and the importance of mental health education and awareness.

Johnson will be receiving his Hollywood Walk of Fame star at a ceremony on Dec. 13. 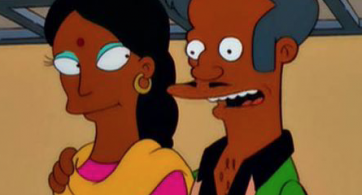 In “The Problem With Apu,” which debuted last month on truTV, comedian Hari Kondabolu confronts the problem of the depiction of Kwik-E Mart convenience store owner Apu in “The […]