A K-pop star known for his solo performances, Nam is set to make his acting debut in “Transplant” as top surgical resident Jonah Yoon, driven to succeed under the tutelage of Dr. Edward Harmon (Bill Camp). According to the Hollywood Reporter, “Transplant” will also mark the directorial debut of Jason Park, who co-wrote the screenplay with David J. Lee. The film recently wrapped up production in Los Angeles.

Alongside Park and Lee, Forest Whitaker and Nina Yang Bongiovi will produce the movie under their production banner Significant Productions, which has backed past films like “Fruitvale Station” and “Sorry to Bother You.” ‘Transplant’ will also be co-financed by Endeavor Content and AUM Group, a multicultural film fund which was launched by Bongiovi and other Asian American film and technology leaders in 2020.

As Nam has sold out multiple venues on his current There and Back Again world tour, be prepared for movie theater lines full of screaming fans when ‘Transplant’ hits theaters. 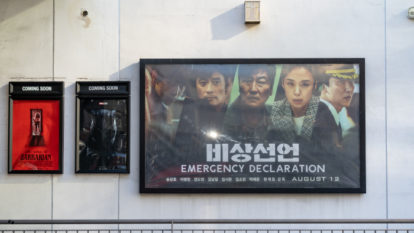 On Aug. 10, Character Media and Joseon Empire hosted a showing of the South Korean disaster-action film at Koreatown’s CGV theater.