So we know that Hines Ward can play ball—the Pittsburgh Steelers wide receiver is the only Korean American in history to become a Super Bowl MVP. And, thanks to ABC’s current season of Dancing With the Stars, we know that No. 86 definitely has rhythm, as he wowed audiences last month with his passionate paso doble. Now there’s one more reason to love and admire the guy: He cares about our health and well-being.

Ward is one of 18 members of the President’s Advisory Commission on Asian Americans and Pacific Islanders, charged with improving the everyday lives of members of our communities.

On April 2, he and fellow commissioner Sefa Aina hosted the first Native Hawaiian and Pacific Islander Youth Health and Fitness Day on the UCLA campus, attracting a crowd of about 1,500. Their goal was to draw attention to the growing problem of childhood obesity among Native Hawaiian and Pacific Islander youth. Indeed, one in five NHPI high schoolers is obese, representing one of the highest rates among all racial groups. As a result, they contend with health issues such as diabetes, heart disease and hypertension.

Ward told the crowd that, as a professional athlete, he always wants to achieve his best for his teammates every time he steps onto the field. That’s why diet and exercise are a critical part of his regimen. He emphasized that parents need to teach their children this balance at an early age so they can develop a healthy lifestyle. Especially in this video game age, “kids today don’t get much physical exercise and we, as parents, need to change that,” he said. 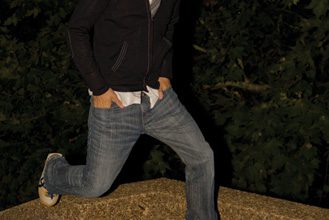