It’s Tuesday, just after 2 p.m. and the backdrop is Cravings, a restaurant situated on Sunset Plaza, the strip of pricey sidewalk cafes and designer boutiques in West Hollywood. Actor Rex Lee has just arrived for a late lunch and is picking at fried calamari as he waits for his pan-seared duck to arrive.

The setting is stilted and intimidating; thankfully, Lee is not. After I shamelessly hand him a blue cotton tee emblazoned with the KoreAm logo, he holds it up and declares, “Awesome! I love gifts and I love that you actually read about me and know what I would like. Way to get me in a better mood.”

That’s all the jumpstart our conversation needs, as the 38-year-old T-shirt collector is more than willing to pour out his life story, starting with his birth in Warren, Ohio, to how he came to be “Lloyd,” the favored underdog on HBO’s “Entourage.”

The youngest child of an anesthesiologist and a homemaker, Lee spent most of his early years in Newton, Mass., a suburb of Boston, in a predominantly white neighborhood.

“He loved to entertain,” recalls Lee’s sister Jane, a financial software consultant in Long Beach. “He was just real happy and liked to dance around the house. He just had that sort of, I guess, exuberance.”

The family relocated to Downey, Calif., when Lee was 9 years old. It marked the beginning of rebellion for Jane, who dreamed of becoming a rock singer, while Lee became the kind of kid Korean parents love to ask their kids to emulate. He made good grades, became a talented piano player, scored second in the district on his middle-school math placement test, and ended up skipping the seventh grade.

After attending Servite High School in Anaheim, Lee headed back to Ohio to attend Oberlin College’s renowned music conservatory, with the intention of becoming a pianist.

It was midway through his junior year when Lee realized he didn’t want to become a musician.

“I quit playing piano without knowing what was happening next. I started taking dance classes, but I really don’t have a body that conforms to the stereotype of what a dancer’s body should look like.

“I knew I had this very intense desire to create and be creative and artistic, but I didn’t know what that meant. … Then I took my very first acting class.”

Graduating from college a semester early with a bachelor’s degree in music, Lee avoided joining the workforce by going to France through a study abroad program.

“I went to France to learn French, but also to run away from this country and figure out — make up my mind — about whether or not I was going to take a shot at becoming an actor.”

Four months later, Lee returned to Ohio, picked up his diploma and headed to Los Angeles.

He began taking acting classes and got his first paying gig with a children’s theater company. He also amassed his fair share of thankless jobs, including working as a salesman at a clothing store in the Beverly Center and serving up lattes at a coffee shop.

It was the nearly six years of work as a casting assistant that helped Lee fine-tune his craft. His first day on the job, the casting director had him read lines on camera.

“The camera guy let me look at the audition after it was done. I was making faces, I was mugging, I was overacting for all I was worth. That was a huge lesson.”

In the fall of 2005, Lee, who was beginning to feel discouraged by the industry, managed to get an audition with the producers of “Entourage,” an established HBO hit that had begun a year earlier.

They were looking to cast someone to play opposite Ari, the high-strung and snarky talent agent played by Jeremy Piven in his best role to date. (Piven has been nominated for three Golden Globes for the part and snagged an Emmy in 2005.)

“Jeremy makes bad actors look worse. It’s not on purpose, but he’s just so good,” says Lee. “If you’re not there with him, you’re going to suffer by comparison.”

Snagging the job as Lloyd, who handles verbal abuse and repartee like “How is it to take it in the ass anyway, Lloyd?” “I don’t know Ari, I’m a top.” “Come on, really?” — Lee thought his character was only going to be around for a few episodes, but he kept getting written into the storyline and eventually became a regular. (When Ari had his Jerry Maguire meltdown, Lloyd was the only loyal staff member to follow him to his new agency.)

“People from the crew started coming up to me and they were like, ‘You’re trying to do a really good job and be funny and you’re trying to make them love you so they keep you around.’ I’m like, ‘Well, yeah!’”

As for playing a gay Asian assistant, Lee says he does everything he can to make Lloyd a specific person, versus offering another emasculated male image.

“In a worst case scenario, if I am contributing to a stereotype, thank god for Daniel Dae Kim, that he’s working against this.”

Lee’s personal story of coming out starts with his college years, although it took him a while to tell his parents. His mother, who belongs to a conservative branch of the Presbyterian Church, has had a difficult time accepting the fact that her son is gay. His father has come around, especially after a neighbor’s kid was killed in a drunk-driving accident.

“My father got it. He was like, ‘Well, OK, my son’s a fag, but he’s alive and a really good, nice kid.’ It was a turning point. I happened to be there doing my laundry, and he hugged me before I left. It was the best hug my dad had ever given me.”

Right now, Lee’s enjoying the fruits of 15 years as a struggling actor and it never gets old when someone recognizes him.

“The moment I realized how big it is,” recalls Lee’s friend Hunter Hughes, “was when we were at Cha Cha Cha over on Santa Monica and the owner of the restaurant came over and comped the bill because she loved him and he was her favorite character. At that point I began to realize, holy crap, this is a big deal.”

For those fans out there who can’t afford to buy Rex Lee dinner: a T-shirt will probably suffice. 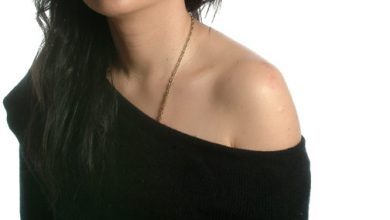