A new Star Wars film is on its way, but it seems like the details are being kept hidden in a far-off galaxy of its own.

Currently being developed by Damon Lindelof, multiple sources have recently announced that Pakistani-Canadian filmmaker and journalist, Sharmeen Obaid-Chinoy, is slated to direct the upcoming Lucasfilm feature.

In addition to seven Emmy awards, Obaid-Chinoy is a two-time Oscar-winner for her two documentary shorts, “Saving Face” (2012)  and “A Girl in the River: The Price of Forgiveness” (2015). Obaid-Chinoy stands as the first Pakistan-born filmmaker to win an Oscar, and holds the record for being the first female film director to have won two Academy Awards 37-years-old. Her most recent work includes directing two episodes of Marvel’s Disney+ series “Ms. Marvel.”

In addition to Lucasfilm, Obaid-Chinoy has also committed to directing Paramount’s adaptation of “Brilliance” starring Will Smith. Currently, in development, the dystopian thriller will be Obaid-Chinoy’s narrative feature debut.

Lindelof and Lucasfilm expressed their desire to have the director’s own vision be included in the script. Insiders say Lindelof is currently working with an unknown co-writer on writing the script, which means production is unlikely to start for some time. However, the story itself remains exclusively under wraps.

While most of the details remain in the dark, keep an eye out for updates on Lucasfilm’s next space adventure! 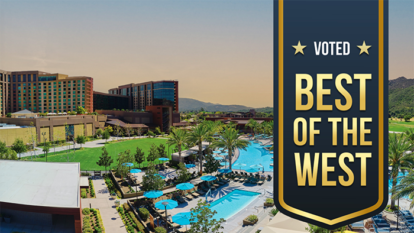 Awards season is upon us, but we’re not talking about staged awards shows in a Los Angeles theater. These awards stacked up recently for Pechanga Resort Casino, one of […]