The actor inside the original “Godzilla” suit, Haruo Nakajima, has passed aged 88.

Nakajima began playing the giant Japanese monster in 1954, with “Godzilla, King of the Monsters,” and reprised the role 11 more times through 1972, wearing a suit that weighed a reported 100 kilograms.

He and “Godzilla” director Ishiro Honda were frequent collaborators — Nakajima’s portrayals of a handful of other monsters in genre films of the era, from Mothra in the 1961 film of the same name to those in “Frankenstein vs. Baragon” (as Baragon) and “The War of the Gargantuas” (as the main antagonist Gaira), were all under Honda’s helm. 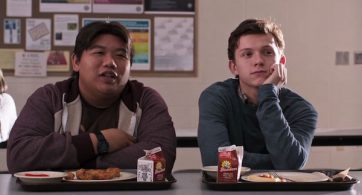 Jacob Batalon of “Spider-Man: Homecoming” fame is all set to join Rooster Teeth in its new horror-comedy film called “Blood Fest.” He will be joining other up-and-coming Hollywood talents like […]