The story of an orphaned young Korean man and the stirring vocal performance he gave on Korea’s Got Talent is quickly spreading through the interwebs.

Choi Sung Bong, 22, tells the judges his story, relating tales of hardship and life on the streets.

When I was three years old, I went to an orphanage, but because of the beatings, I ran away when I was five and lived alone by selling gum and Bacchus D on the streets. For ten years, I lived like a dayfly. I was eventually able to graduate elementary and middle school through qualification examinations and the first thing that I ever liked was music.

But as news of the performance circulated, Korean junior detectives were quick to make a stink saying the shy bowl-cutted young man had been classically trained. But others were quick to point out that this does not invalidate the truth of his childhood.

It may have seemed like he had a tough childhood, but when netizens researched and found out that he actually was musically trained from attending the prestigious Dae Jun vocal department, controversy arose. His side defended this by saying that he had already revealed this information previously.

Check out the video (with English translations) after the jump:

A number of mainstream U.S. blogs have jumped on this story, including Gawker and the Huffington Post with Gawker dubbing him the “Korean Susan Boyle.” 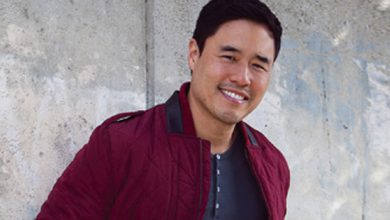 CUE POMP AND CIRCUMSTANCE by Randall Park YES, IT’S THAT TIME OF THE YEAR when the best and brightest of our nation’s finest institutions graduate. In other words, it […]