“It is a tremendous honor to be a part of such a historic event even though the president has chosen not to attend this year. SAD!” Minhaj said in a statement. “Now more than ever, it is vital that we honor the First Amendment and the freedom of the press.”

Minhaj, who has hosted C-SPAN’s 2016 Radio and Television Correspondents’ Dinner, is best known for his role as senior correspondent on “The Daily Show.” On the show, on which he’s appeared since 2014, Minhaj satirizes controversial political issues.

Check out Minhaj hosting the RTCD below:

“I am thrilled that Hasan will serve as our featured entertainer at this year’s White House Correspondents’ Dinner,” said Jeff Mason, WHCA president and White House correspondent for Reuters. “Hasan’s smarts, big heart and passion for press freedom make him the perfect fit for our event, which will be focused on the First Amendment and the importance of a robust and independent media.”

Proceeds from the event will go toward funding the association and “scholarships and awards aimed at promoting aspiring journalists and recognizing excellence in the journalism profession,” according to the WHCA. 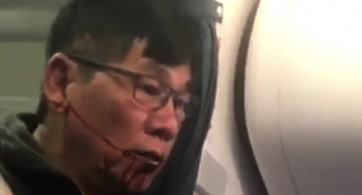 The man who went viral after videos of him being forcibly removed from a United Airlines flight sparked widespread outrage has been identified as physician David Dao. Dao, seen […]