The Wall Street Journal recently published a recap of the Asian Americans in Hollywood panel which took place this past Sunday at the San Diego Asian Film Festival. (We have a video of SDAFF events coming up soon, so hang tight!)

Interestingly enough, Daniel Dae Kim seems to have some sway in his new show, “Hawaii Five-O.” Kim told the audience that he was currently discussing what race his love interest on the show should be.

“He noted that while he was excited that race was a topic of discussion, the decision was more difficult than he originally thought, because he realized that the ultimate choice would have cultural ramifications.”

What do you guys think- should Kim’s love interest be Asian, non-Asian (but still a minority), or Caucasian? Or does it even matter? 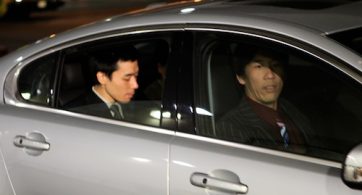 Robert Park, the Christian activist who was jailed in North Korea for 43 days after crossing the border from China last December, broke his silence this week and revealed […]