Sherlock fans, here’s something for you: “Miss Sherlock,” HBO’s first-ever original Japanese series which reimagines the iconic detective and his sleuthing partner Watson as strong women, is headed to the U.S. via streaming and on-demand platforms — including HBO Go and HBO Now — on Sept. 1.

Set in modern-day Tokyo, the series follows British-born Sherlock, played by Yuko Takeuchi, who begins using her powerful observational and reasoning skills to solve crimes for local police. Shihori Kanjiya plays Dr. Wato Tachibana, a surgeon just back from a medical mission in Syria who strikes up a friendship with Sherlock.

Takeuchi, a Japanese actress, may be familiar to fans of ABC’s short-lived sci-fi series “FlashForward,” on which she played a recurring character.

“Miss Sherlock” premiered in Japan earlier this year and was co-produced with Hulu. HBO began bringing its international programming to U.S. subscribers last year. That includes HBO Europe’s “Wasteland” and “Aranyelet,” as well as HBO Asia’s “Halfworlds” and “The Teenage Psychic.” 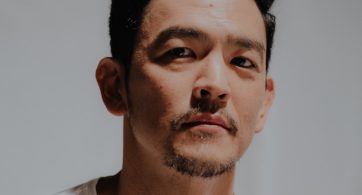 John Cho is on a search for authenticity. “I have a looser and looser grasp on it as the years go on,” Cho muses one sunny August afternoon inside […]