Hines Ward and the Pittsburgh Steelers fell just short of capturing the franchise’s seventh Super Bowl title, losing 31-25 to the Green Bay Packers on Sunday in Super Bowl XLV. To his credit, Ward did his part, hauling in seven passes for 78 yards and a touchdown.

The Packers, led by game MVP Aaron Rodgers, sprinted out to a 21-3 lead in the first half before Ward spurred a Steelers’ comeback with an eight-yard touchdown reception just before intermission. The key play on that drive, however, came on third-and-10 from the Packers’ 40-yard line, when Ward went over the middle to cradle a 14-yard completion and extend the drive. He made another key play in the fourth quarter: With his team trailing 28-17 and facing a second-and-18, again on the Packers’ 40-yard line, Ward snared a 15-yard pass that allowed the Steelers to open up the playbook on a more manageable third-and-short situation. On the very next play, Steelers’ quarterback Ben Roethlisberger laid a perfect 25-yard rainbow right into the hands of receiver Mike Wallace, who sprinted into the end zone to cut the Packers’ lead to five.

Ultimately, the Steelers couldn’t get out of their own way in this one, turning the ball over three times that led to 21 Packer points. Still, with just two minutes left in the game, the Steelers had the ball and one final chance to win the game. But on third-and-5, Roethlisberger and Ward appeared to miscommunicate on a flag route, and the Steelers eventually turned the ball over on downs. From there, Ward and his teammates could only look on as the Packers ran out the clock on the team’s fourth Super Bowl title and thirteenth overall NFL championship.

The game, which featured two of the NFL’s top three name brands, drew a near-record crowd of 103,219 to resplendent Cowboys Stadium in Dallas.

Before the game, ESPN featured on its website a video of Ward discussing his Asian American experience. The must-see clip also shows footage of Ward’s visit to the White House after he was appointed to President Obama’s Advisory Commission on Asian Americans and Pacific Islanders in 2010. 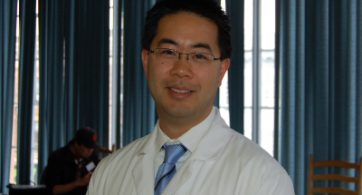 Dr. Ricky Choi welcomes your health-related questions. Health is such a vitally important issue for everyone, and, for our ethnic community, with roughly 30 percent lacking health insurance, it […]